Wake Wood (2011) is the latest Hammer outing in association with Vertigo Films and with the backing of the Irish Film Council. Does it have the same ingredients, resonance and capacity to stand the test of time as did the Hammer productions of the 60s and 70s? The answer here Continue Reading

In the Land of the Free (2010) documents the experiences of Robert King, Albert Woodfox and Herman Wallace, who were imprisoned in the 1970s for petty offences that they may not have comitted. Following their incarceration. each of the men became actively involved with the Black Panther Party (BPP). The BPP Continue Reading

★★☆☆☆ From the disturbing nuances of Michael Haneke’s Time of the Wolf (2003), through the convulsive violence of Gaspar Noé and Bruno Dumont to the hypnotic lunacy of Vincent Gallo succumbing to an unexplained bloodlust in Clair Denis’ Trouble Every Day (2001), corporeal shock tactics have been somewhat in vogue over Continue Reading 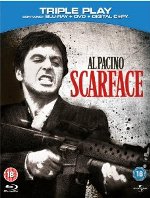 Say hello to our little friend! Yes, ladies and gentleman, CineVue is excited to reveal that Brian De Palma’s critically acclaimed underworld classic Scarface (1983) will soon be available to own on Blu-ray. Get ready to relive some of Al Pacino’s finest moments – for the first time in high Continue Reading

★★★★☆ Having knocked the sci-fi world for six with his critically-lauded debut, Moon, back in 2009, anticipation and speculation has continued to build around whether or not Duncan Jones is merely a one-trick pony or this generation’s Ridley Scott. With his second feature Source Code (2011) hitting the cinemas this Continue Reading 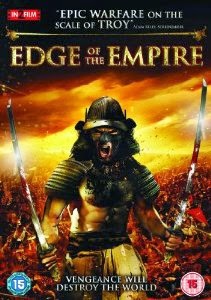 ★★☆☆☆ Some may argue that without a cultured knowledge of Thai cinema it would be unfair to judge a film like Edge of the Empire (2010) alongside similar westernised productions, as we may not understand its true worth; therefore, a little research into the film’s crew and cast is necessary Continue Reading