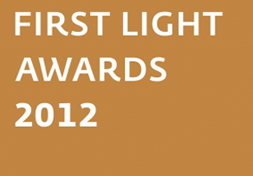 Supported by nurturing elders in schools, film clubs and even local therapy groups, directors and producers as young as eight were celebrated at the annual […]

Intellect’s The Directory of World Cinema has many times proven its worth as an invaluable resource for film fanatics and academics alike, but with American Hollywood, […]

★★★★☆ One of last year’s hidden gems and BAFTA longlisted for Best Film Not in the English Language, Céline Sciamma’s second feature Tomboy (2011) is […]