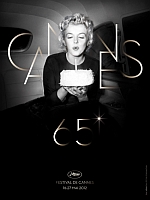 Although the official lineup for the 2012 Cannes Film Festival (16-27 May) won’t actually be announced until 19 April, speculation has already begun about which films might screen at the world’s premiere new cinema showcase. First of all, we know that Wes Anderson’s Moonrise Kingdom (2012) will open the festival. Continue Reading

★★★★☆ Jon Shenk’s The Island President (2011) traces one man’s extraordinary journey from political prisoner to head of state. Mohamed Nasheed was democratically elected president of the Maldives in October 2008; previously, the archipelago of 1,200 tropical islands in the Indian Ocean – popular with tourists – had been under Continue Reading

If the sight of apocalyptic atomic explosions, cholera-infested city streets, rats being hunted and eaten and a woman chewing off her own umbilical chord aren’t enough to throw you into the depths of despair, then rest assured – the sight of a post-nuclear 1980s Sheffield will surely do the trick. Continue Reading

★★★★☆ Many of us may know men who have at one time or another paid for sex. They don’t shout about it, nor do they go into detail, but it occasionally comes up in conversation that they went to Amsterdam or Thailand and slept with a prostitute. Yet many of Continue Reading

★★★☆☆ G8 Summits have become synonymous with political protest, civil unrest and running battles between activists and police. The 2001 Genoa summit was a particularly dramatic affair, involving around 200,000 protesters and an army of officers whose violent handling of the situation led to a number of individuals being charged. Continue Reading