During a sold-out event on London’s Southbank, the BFI rounded off their Made in Britain season with a screening of Joanna Hogg’s 2007 debut film Unrelated. Hogg, whose previous credits include extensive TV work and the acclaimed 2010 drama Archipelago, attended a Q&A session after the screening. She also exclusively Continue Reading 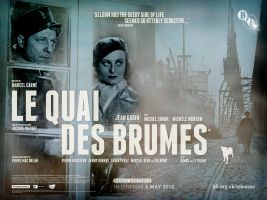 ★★★★☆ Arguably the jewel in the crown of the BFI’s recently launched Jean Gabin: Working Class Hero to Godfather season, a new StudioCanal/Cinémathèque français restoration of Marcel Carné’s noirish 1938 film Le Quai des Brumes reaches selected cinemas this week, showcasing the talents of not only its director but also Continue Reading

★★★☆☆ Is there any meat still to be found on the rotting bones of the mythical ‘zombie apocalypse’ which purveyors of horror have been warning us of since the dawn of cinema? According to the new Cuban gut-muncher Juan of the Dead (Juan de los Muertos, 2011), there just might Continue Reading 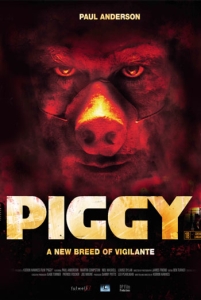 ★★★★☆  Piggy (2012), the debut thriller from Kieron Hawkes, is a disturbing depiction of what happens when society’s moral compass goes awry and ordinary people are forced to take the law into their own hands. Featuring a superb performance from rising British star Martin Compston and support from Paul Anderson, Continue Reading