★★★☆☆ Hungarian filmmaker István Szabó is perhaps best-known for his Oscar-winning effort Mephisto (1981) and subsequent international productions including Sunshine (1999) and Being Julia (2004). Now arriving on DVD is one of his Hungarian films made prior to his international success; Confidence (Bizalom, 1980).The plot sees two strangers thrown together Continue Reading 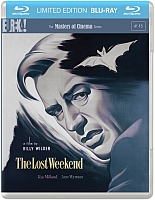 ★★★★★ American auteur Billy Wilder’s The Lost Weekend (1945) has deservedly been given the Masters of Cinema treatment this week. Available for the first time on Blu-ray, Wilder’s phenomenally earnest depiction of substance abuse caused a stir on its original release due to its warts-and-all portrayal of alcoholism. Hopeless alcoholic Continue Reading 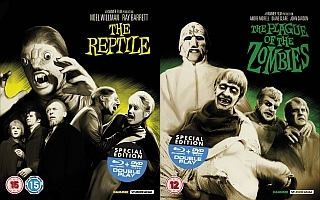 ★★★★☆ The Reptile (1966) and Plague of the Zombies (1966), starring Ray Barrett, André Morell and Jacqueline Pearce, are the latest Hammer films to get the Blu-ray treatment. Filmed back to back by director John Gilling, they became known as the studio’s Cornish duo, proving to be two of the Continue Reading

★★★☆☆ Mani Haghighi’s Modest Reception (Paziraie Sadeh, 2012) is a darkly comic piece of satirical comedy framed by a dark morality tale that perfectly depicts the collapse of a rural Iranian community. A mysterious man and woman drive their car through the picturesque, snow-capped, mountainous areas of Iran. Sometimes they Continue Reading

★★★★☆ Laure de Clermont stars in Christine Laurent’s Demain? (2012), a passionate biopic of the tragically short life of Uruguayan poet, Delmira Agustini. Delmira (Clermont) is described by her own mother as having a “body made of electricity”, constantly tortured by her own artistic talents. Her relationship with her parents is Continue Reading

★★★☆☆ Japanese cult director Gakuryu Ishii’s Isn’t Anyone Alive? (2012) has already been picked up for distribution from renowned purveyors of high quality Asian cinema, Third Window Distribution, although this sadly means that the film is unlikely to get a UK theatrical release. A high-concept, apocalyptic comedy, Ishii’s latest is Continue Reading 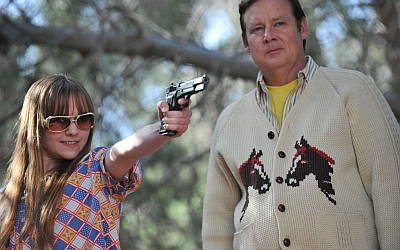 ★★☆☆☆ Scheduled for a timely cinematic release on 4 July (US Independence Day) and one of the 66th Edinburgh Film Festival’s most talked-about films, Bobcat Goldthwait’s God Bless America (2012) aspires to be a darkly comic ‘State of the Union’ address, a rebel yell against reality TV, consumerist teens and Continue Reading