★★★★☆ Mikhail Segal’s Short Stories (Rasskazy, 2012) is an exhilarating cinematic ride that imbues social commentary with a rich understanding of the need for entertainment. When a young writer’s manuscript is rejected at a stylish publishing house, it somehow finds its way into the hands of various employees, with each Continue Reading

★★☆☆☆ Maîtresse (1975) is one of those films which has built its reputation on controversy. Though undeniably shocking in parts, director Barbet Schroeder’s tale of S&M amongst the decadent bourgeois of 1970s Paris, starring a young and surprisingly attractive Gérard Depardieu along with Schroeder’s real life wife Bulle Ogier, is Continue Reading

★★★★☆ Set in the early 20th century on the Norwegian island of Bastoy, a penal colony for young offenders, Marius Holst’s hugely absorbing King of Devil’s Island (2010) explores themes such as authority, responsibility and friendship. After aggressive, foolhardy inmate (Benjamin Helstad) arrives on the island, disgruntlement begins to brew Continue Reading 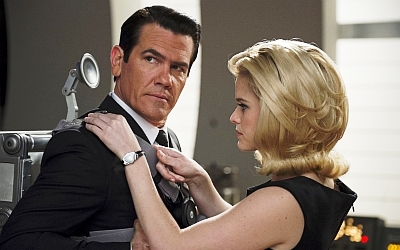 ★★☆☆☆ Fifteen years after the first instalment and following an extensive and not to mention turbulent development period that spanned numerous years, Will Smith and Tommy Lee Jones finally find themselves donning their black attire once more as Agents J and K for Men in Black 3 (2012). The film, Continue Reading