Directed by American filmmaker David Ayer (Training Day, Street Kings) and starring Jake Gyllenhaal (Source Code) and Michael Peña (Gangster Squad), End of Watch (2012) is a gritty and visceral cop thriller that puts the viewer at the centre of the action. To celebrate the DVD and Blu-ray release of Continue Reading

One of the most popular TV shows in its Nordic homeland, The Protectors was filmed on location in Copenhagen and first aired on the DR channel in early 2009. Later that year, it won the Emmy Award for Best non-American Television Drama Series, and has received widespread critical claim both Continue Reading

British gangland drama My Brother the Devil (2012) has put the spotlight firmly on writer/director Sally El Hosaini – winner of the Best British Newcomer award at last year’s BFI London Film Festival – and has established her as one of the UK’s boldest and brightest new filmmaking talents. To Continue Reading 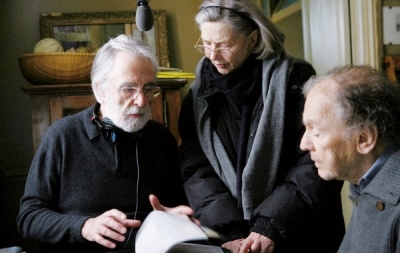 A raw, unflinching and emotionally devastating examination of human relationships at their most intimate and profound, Michal Haneke’s Oscar and BAFTA-winning Amour (2012) focuses upon the lives of an French elderly couple and the strain their relationship undergoes after one of them suffers from a stroke. To celebrate the DVD Continue Reading