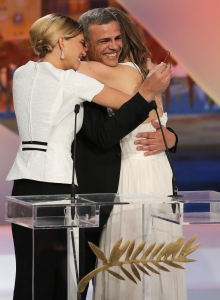 Last night at a star-studded ceremony in Southern France, the 66th Cannes Film Festival announced the prize winners from its competition strand. Many believed Tunis-born director Abdellatif Kechiche’s Blue is the Warmest Colour to be the best film in show, but just as many believed that this year’s Steven Spielberg-led Continue Reading

★★★☆☆ Following on from 2011’s raucous American middle-class comedy Carnage – and as we await his long-gestating Dreyfus affair project – Polish director Roman Polanski returns to UK cinema screens with Venus in Fur (2013), a two-handed adaptation of the play by David Ives. The Ives production itself tells the Continue Reading