★★☆☆☆ Revered British actor and director Ralph Fiennes returns to the London Film Festival this year with his second feature, The Invisible Woman (2013). Telling the story of the ‘other woman’ in Charles Dickens’ life, Nelly Ternan, Fiennes appears to have improved his directing abilities little since Coriolanus (2011), offering Continue Reading

★★★★☆ The flagship restoration of this year’s London Film Festival Archive strand, Captain John Noel’s The Epic of Everest (1924) is both a spirited log of grand adventure and a sombre testament to the lives lost during a treacherous third attempt to scale the great Himalayan peak. Featuring a new Continue Reading 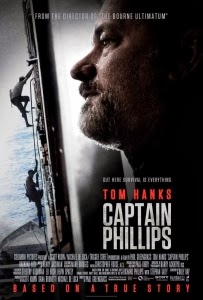 ★★★★☆ The first British director to open the London Film Festival since Kevin Macdonald back in 2006, Paul Greengrass shakes off the memories of Jason Bourne with new nail-biter Captain Phillips (2013), a true story of piracy and stoic heroism on the high seas off the African mainland. Starring Tom Continue Reading

★★★★★ A static shot of a group of fatigued and world-weary black slaves opens Steve McQueen’s 12 Years a Slave (2013), the crowning triumph of this British filmmakers short but illustrious directorial career. A harrowing portrayal of one man’s fight for freedom in 18th century America, 12 Years a Slave Continue Reading

★★★★★ Welshman Ivan Locke (Tom Hardy) is a site manager for a major building project; a family man with two young sons who’re waiting for their father to return home to watch the big game. On the way back, Locke turns right instead of left and heads off the motorway. Continue Reading

★★★☆☆ There was always going to be a tinge of sadness felt for the final on-screen performance of James Gandolfini, who passed away earlier this year. Some may even allow this melancholy to taint their view of Nicole Holofcener’s indie rom-com Enough Said (2013). The passing of Gandolfini aside, Holofcener Continue Reading