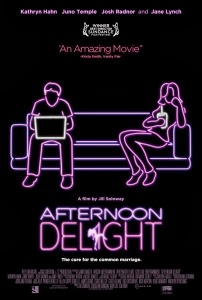 Jill Soloway is an established TV writer and producer, contributing episodes to shows such as Six Feet Under and The United States of Tara. Now she’s turned her attention to the big screen with debut feature Afternoon Delight (2013), which won the Dramatic Directing award earlier in the year at Sundance. The comedy-drama arrives at LFF as part of the ‘Laugh’ strand and proves to be consistently humorous enough to warrant its inclusion, whilst also featuring a wonderful lead turn from Kathryn Hahn. Hahn plays Rachel, a stay-at-home mum living in a spacious LA home with her son and husband, Jeff (Josh Radnor). 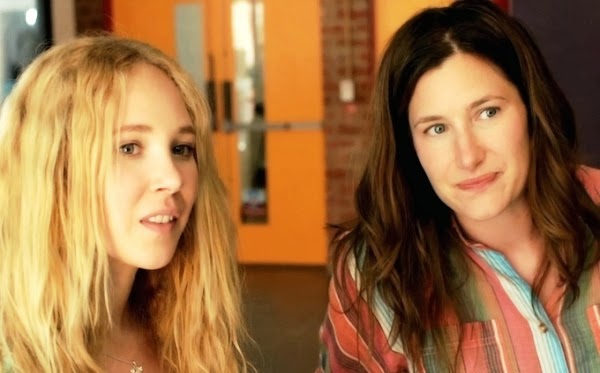 Life seems pretty idyllic, but through a meeting with her wonderfully self-absorbed shrink (Jane Lynch), Rachel confesses that the love life has been fairly desolate of late: “Bedtime? That’s the worst time to have sex.” To add a little spice, Rachel and Jeff attend a strip-club together where they meet dancer McKenna (Juno Temple). Rachel takes pity on her and she is soon living in their spare room; a happy ending to this scenario never seems likely. A marriage that initially seemed stuck in a sexual rut quickly transforms into a scenario far more problematic for Rachel as she grows closer to McKenna. Thankfully, Soloway also manages to avoid pigeonholing her protagonist’s interest in Temple’s nubile young pole performer.

Much of the comedy’s best laughs come courtesy of Hahn’s exceptional performance at Afternoon Delight’s core, and this is undeniably her film. Hahn creates a fantastically appealing character in Rachel with a perfect blend of wit and pathos and manages to craft an utterly credible inner turmoil. She is also surrounded by a largely excellent cast to fill out a wealth of supporting players that are better considered and than in many films of this ilk. Temple, similarly is also very impressive as the misunderstood (or is she?) stripper.

Sadly, after so much good work, the narrative doesn’t seem to quite know how to conclude and although the very final scenes are warm and touching, the prior climax and the treatment of McKenna’s character jar somewhat. Still, Soloway has for the most part sculpted a mature and moving drama amidst a barrel of laughs. It may not be perfect, but Afternoon Delight certainly lives up to its title.