★★★★☆ Russian composer Dmitri Shostakovich once described football as “the ballet of the masses”. In Corneliu Porumboiu’s minimalist documentary The Second Game (2014), we watch a recording of an intense local derby between Romania’s two largest teams (Steaua and Dinamo Bucharest) played in the winter of 1988 – a time Continue Reading

★☆☆☆☆ Presumably conceived as an homage to the Italian westerns of Sergio Leone and perhaps the most dire inclusions in this year’s somewhat lacklustre Berlinale Competition strand, Ning Hao’s No Man’s Land (2014) is a smash and grab attempt to appeal to the English-speaking audiences. However, whilst Leone evoked a Continue Reading

★★★★☆ Dystopian visions of the future are ten a penny in today’s cynical age, but optimistic utopias are a far rarer occurrence. Enter Spike Jonze’s Her (2013), the director’s long-awaited follow-up to 2009’s Where the Wild Things Are and a genuinely open-minded exploration of the potential avenues for symbiosis between Continue Reading

★★★☆☆ Having made many an entertaining comedy in his collaborations with Simon Pegg and Edgar Wright, Cuban Fury (2014) marks Nick Frost‘s first bona fide solo outing. Directed by newcomer James Griffiths, it’s a feel-good, if predictable offering. Initially conceptualised in a drunken email Frost sent to his producer, the Continue Reading 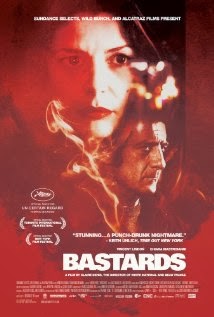 ★★★★★ There’s little or no love in the world of Claire Denis’ Bastards (2013) – just the evil within and the wilderness without. It’s a bleak vision of society as a festering cesspool. Isolation is the only antidote; any form of human connection is a compromise that gradually wears away Continue Reading