★★★★☆ Upon its initial release in 1932, Raymond Bernard’s early-sound war film, Wooden Crosses was hailed as one of the masterpieces of cinema. Since then, it has largely been overlooked in wider discussion of the genre which is a shame, and hopefully something that a new blu-ray release as part Continue Reading 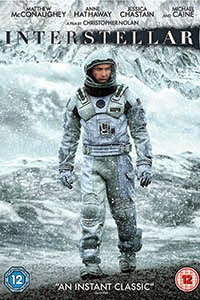 ★★★☆☆ Christopher Nolan continues to demand viewers to stretch their minds as well as their attention spans in his recent addition to an already impressive oeuvre with Interstellar (2014). It is a film that poses to its viewers the simple question, “how do you survive in a world that demands Continue Reading

★★★☆☆ John Schlesinger’s Darling (1965), reissued this week for 50th anniversary celebrations, is at once a time capsule piece and an oddly prescient fable about vacuous, ephemeral celebrity which remains tartly relevant in 2015. It is perhaps best remembered as the film that crowned the imperial phase of Julie Christie’s Continue Reading