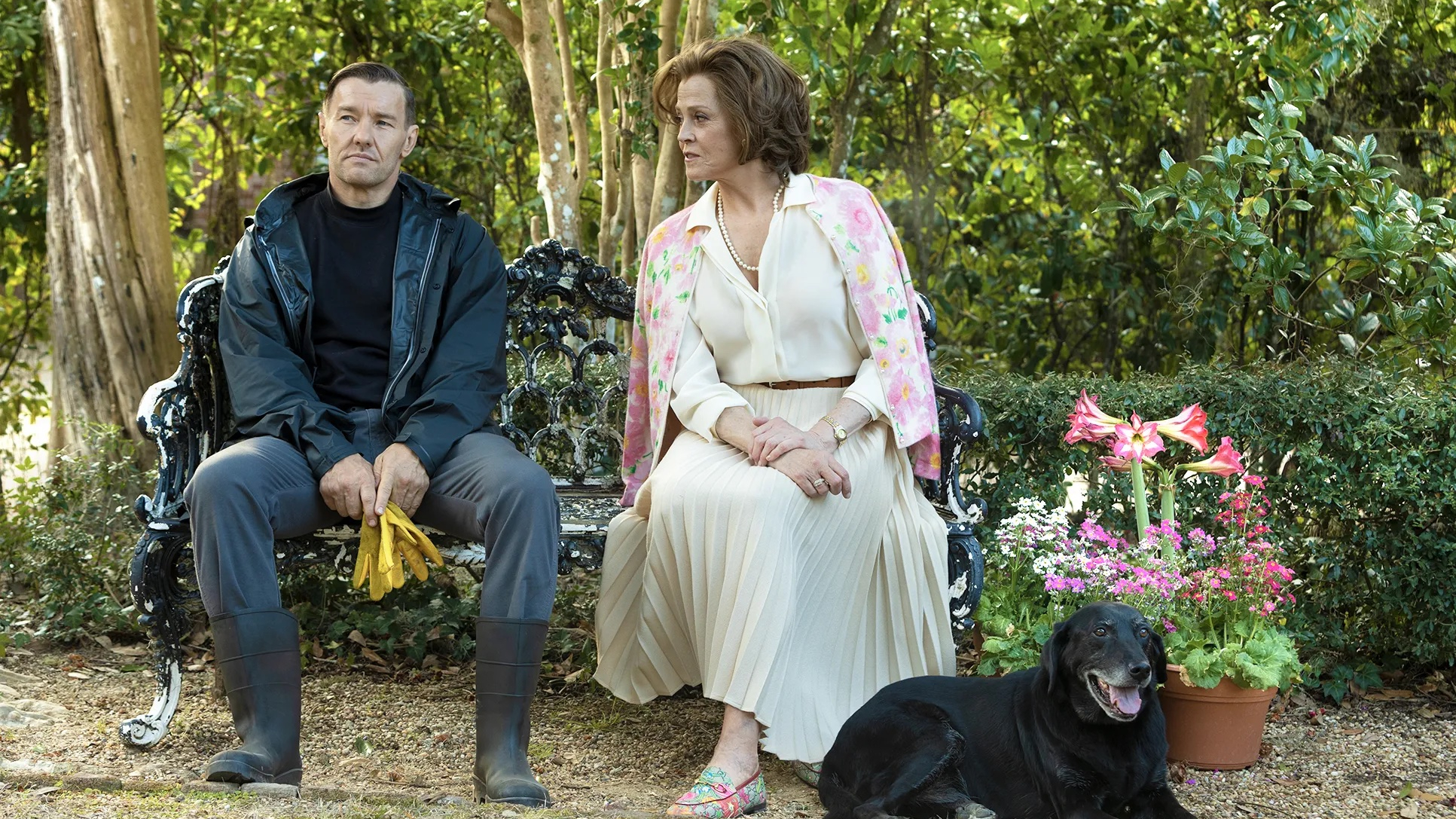 A man sits alone in a room with a notepad and begins to scribble down his own voiceover. He only writes on one page and seems to always be starting at the top. His thoughts will be meticulous and he will show a certain expertise. When he’s finished writing he will place the pen on the table, neatly aligned with the pad and near a half-glass of water, that says: “I was once not sober, but now I’m sober.“

In Paul Schrader’s Master Gardener, we find the umpteenth ‘God’s lonely man’. Narvel Roth (Joel Edgerton) is tidier than Travis Bickle, more masterful, maturer. But he also resembles John LeTour (Willem Dafoe) in Light Sleeper, as well as Ethan Hawke and Oscar Isaac in more recent incarnations. Narvel is the head gardener at Gracewood, an estate run by Norma Haverhill (a splendid Sigourney Weaver, who exudes matriarchal poise whether sipping a Manhattan or ordering Narvel into her bed). Things are set to change in Narvel’s pruned and ordered world, however, with the arrival of Norma’s grandniece Maya (Quintessa Swindell), who is placed under Narvel as a way of getting her out of a bad situation.

You can tell Schrader has been keeping abreast of recent events. First Reformed expressed panic about climate change and The Card Counter about American war atrocities. With Master Gardener, he appears to be honing in on the rise of the Far Right. (“Appears”, because the investigation is so shallow that Narvel’s backstory feels like it’s off the rack.) Narvel has the usual white power tattoos and a Proud Boys haircut that always looks like someone thought Herr Flick from ‘Allo ‘Allo was sexy. Some tension early on comes from the fact that Narvel works well with his ethnically diverse team as well as Maya (who is, as Norma puts it, “mixed blood”). For Norma, Narvel’s tattoos aren’t a problem. She also looks like someone who might have a Luger about the house (she does).

But Narvel is no anti-hero: he is our hero. A man who has turned against his former Kamerats and now lives under an assumed identity under the protection of his case officer. But his past has the cleanliness of flashbacks and there’s no sense of earned redemption beyond taking Schrader’s say-so. At one point, he mentions that he considered removing his tattoos but doesn’t explain why he doesn’t. Or, for that matter, continues with a haircut that – beyond its general badness – has immediately visible ideological associations. Ultimately, Narvel is the fascist as liberal fantasy. Someone with access to skilled violence, who can unleash it at whim. It’s such a pity that a screenwriter who used to excel at delineating the intricacies of male insecurity and poison now comes out with such a one-dimensional character.

Edgerton does his terse best with what he’s been given, but it seems more an act of homage to his director’s former glories than a real grasp of the character itself. It’s even worse for Swindell, who has to mouth lines like “I really want to take my clothes off” with some level of conviction. There’s also the lazy moral simplicity of casting the drug dealers of 9th Street as a priori wicked, with less reality or complexity than the villain-of-the-week in The A-Team. Filmed with a formal composition and an austerity apart from one dream sequence which threatens to wake everyone up, Master Gardener has a lot of skill in its realisation, which makes it so puzzling that the one area that really lets it down is the script.