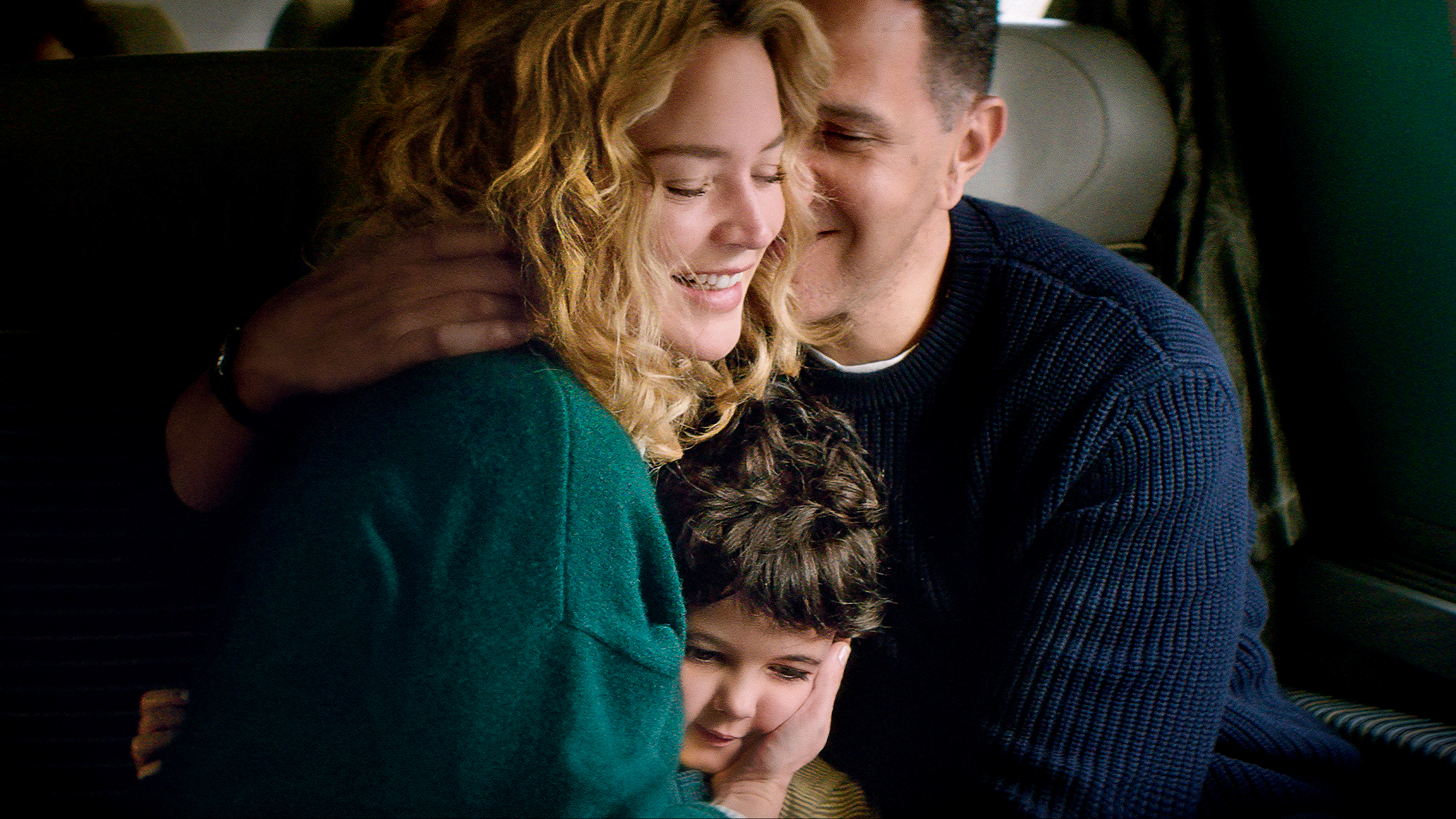 There is tragedy and there is comedy, but the hinterland has never really received a proper definition. Melodrama suggests histrionics and musical accompaniment milking the emotional teat. Drama is too broad. And anyone who suggests “dramedy” should be taken very high in a hot air balloon where the air gets cold and thin and then thrown out of the basket. It would be “dramedic”.

Rebecca Zlotowski’s new film Other People’s Children exists in exactly that middle-ground: the generic no man’s land where much of ordinary life happens. Nothing particularly unusual or dramatic happens for the first hour of the film, and yet it is so beautifully done and engaging that the whole thing is riveting to watch. Virginie Efira plays Rachel, a teacher who leads a full and happy life. She has a good relationship with her sister and father, she enjoys her hobbies (playing the classical guitar in a group) and she finds her work as a teacher fulfilling. In other words, there’s nothing missing to complete her.

Rachel is in a relationship with Ali (Roschdy Zem), a handsome car designer with a quiet, gentle manner. He has a five-year-old daughter, Leila (Callie Ferreira-Goncalves), who he worries about confusing by introducing Rachel to her. But once they meet they quickly establish a closeness: Rachel can spoil her a little and Ali is delighted to have them get on as he falls deeper in love with Rachel. Leila’s mother Alice (Chiara Mastroianni) is also happy for them to be friends, and Rachel begins to take on more childcare tasks as she becomes established as part of both Ali’s and Leila’s lives. During a holiday, she is the one who suddenly notices Leila is missing while her dad continues watching the football on his phone, unaware. Leila is soon found but it is another sign of how the bond between them is growing.

Rachel’s need to start her own family is stymied by medical complications revealed during her visit to her gynaecologist, Dr. Wiseman (played by 92-year-old documentary filmmaker Frederick Wiseman for no apparent reason). Her younger sister’s pregnancy also feels like a cruel turn of the screw. Finally, with the world and the characters so beautifully established, Other People’s Children rises imperceptibly to drama as Ali and Rachel’s family unit is threatened by an unanticipated circumstance.

Zlotowksi has long been creating brilliant and beautifully realised cinema. Her inclusion into the official competition at Venice is a belated, welcome acknowledgement. Her latest film has its connections to the past – the irising in and out of scenes for instance – but it is also a film which is entirely modern in its attitudes. Characters don’t behave like characters but like people, and potential cliches are avoided with the deftness of Rachel stepping over a puddle. It might be a minor victory, but having been a teacher herself, Zlotowski makes Rachel’s workplace experience vastly more realistic than we are used to seeing. Her involvement with a troubled young student refuses to stumble into the usual social realist cliches and is all the more satisfying and credible for it.

The acting is top-class across the board but Efira’s astounding performance is particularly fascinating. Rachel is a believable, competent and complex character. She is someone who eschews histrionics and wouldn’t be seen dead in a melodrama. And so here we find her: in whatever Other People’s Children’s genre is called: perhaps simply real-life.