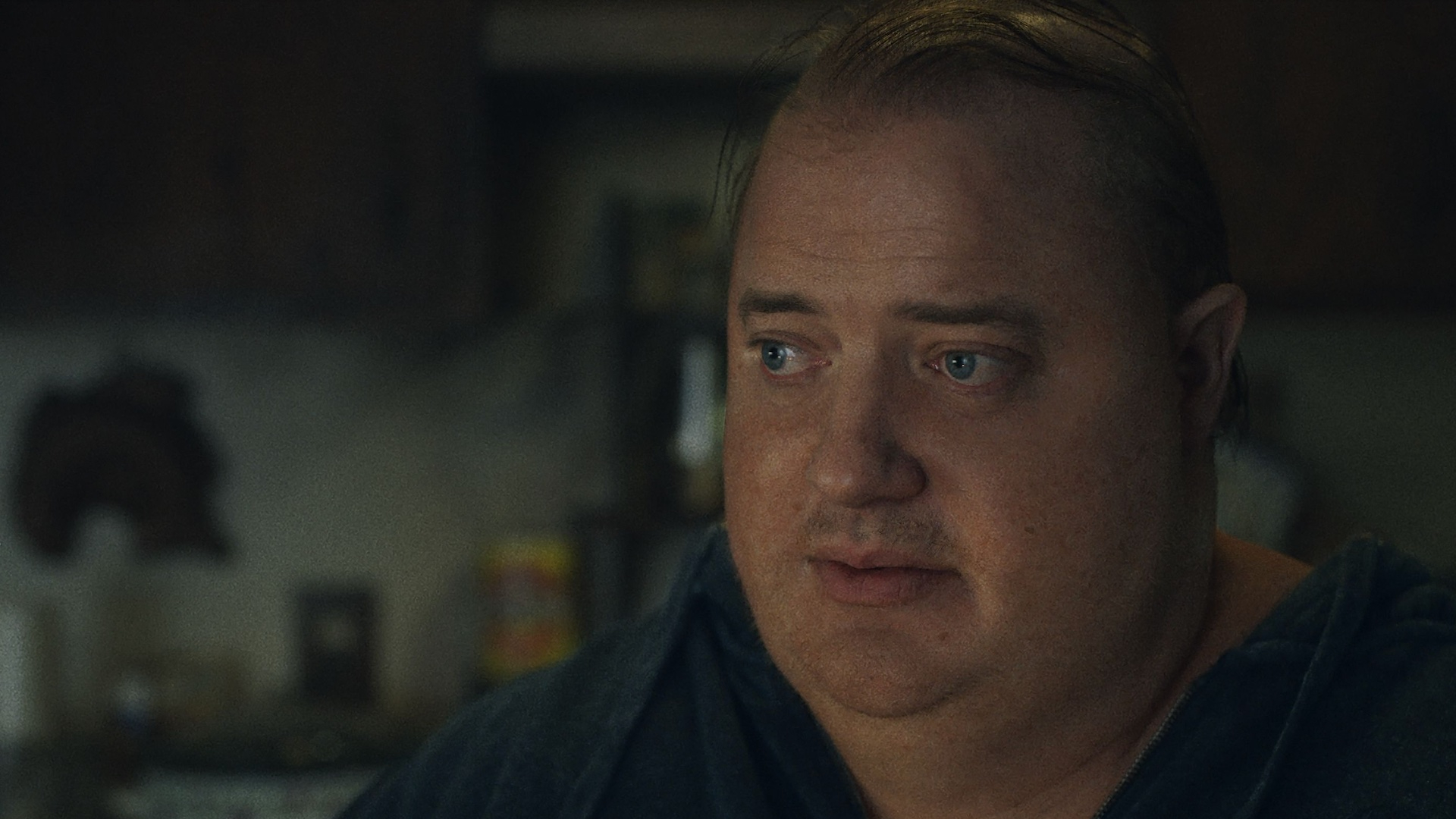 American director Darren Aronofsky has made a career out of exploring individuals who are physically and psychologically self-destructing in the throes of obsession. It could be the relationship between the diameter and circumference of a circle; building a boat to avoid a genocidal flood; ballet or wrestling; drugs or food.

With his latest film The Whale it’s the latter. Brendan Fraser plays Charlie, a shut-in who has eaten himself to immensity and is determined to gorge himself to death. He looks partly like the titular leviathan and the first victim in Se7en. Fortunately, he is cared for by a friend Liz (Downsizing and Showing Up’s Hong Chau) who visits to provide healthcare and is trying to build bridges with Charlie’s estranged daughter, Ellie (Strangers Things’ Sadie Sink). A young evangelist, Thomas (Ty Simpkins), is also intent on saving Charlie’s soul.

Adapted by Samuel D. Hunter from his own play, The Whale is at once the most and the least Aronofsky of Aronofsky films. The obsession with obsession noted earlier is present and the film begins with a provocative shot designed to press the audience’s buttons – body shaming, fat shaming and a little homophobia. But the film retains much of its theatrical origins and its restraint. It takes place entirely in one location: Charlie’s apartment. Its structure is divided into seven consecutive days, each featuring a series of regular visits. Mark Friedberg’s production design makes for a credible lived-in space, that speaks both to Charlie’s intellectual side – he teaches online writing courses for a living – and his body. When Ellie complains that it smells, she’s stating what we already know.

A deal of praise will rightly be extended to Adrien Morot’s prosthetics, ballooning Charlie to the morbidly obese. Likewise, Fraser’s performance is utterly convincing. His voice has the soft, articulate rumble of someone speaking from within a cathedral. He exudes a gentleness and empathy through tiny gestures and those woeful eyes which seem to be beaming from a universe of pain. All the characters have their moments. Chau is devastating as Charlie’s closest friend, who somehow has to learn to accept his wish to die even as she can’t help trying to prevent it. Yet other moments don’t pay off as well. Charlie’s own backstory feels contrived and sits solidly in the territory of tragic homosexuality. Likewise, Charlie’s sudden plan to reconnect with his daughter feels a bit baffling, motivated more by the writer’s need to maintain unity of time, place and action, rather than from any credible motivation.

The Whale’s strength isn’t the logic of its plotting. Rather, it is the portrait of a wasted life, a man who has lost control and can’t stop. Aronofsky and Fraser have created a monstrous physical presence who, like John Merrick in David Lynch’s The Elephant Man, is both fascinating and disgusting. They invite us to live in Charlie’s over-stretched skin, to feel his wheezing, chest pains, and bed sores, and to see it all as human. Proof of this comes later on in the film when horrified reactions to Charlie feel hurtful and unnecessary. We have come with him this far.

Alongside The Wrestler, The Whale is Aronofsky at his most compassionate. It’s a gargantuan invitation to empathy and understanding. When Charlie mutters that “People just can’t help caring for people”, it is perhaps the most radical observation Aronofsky and his collaborators have ever offered on-screen.