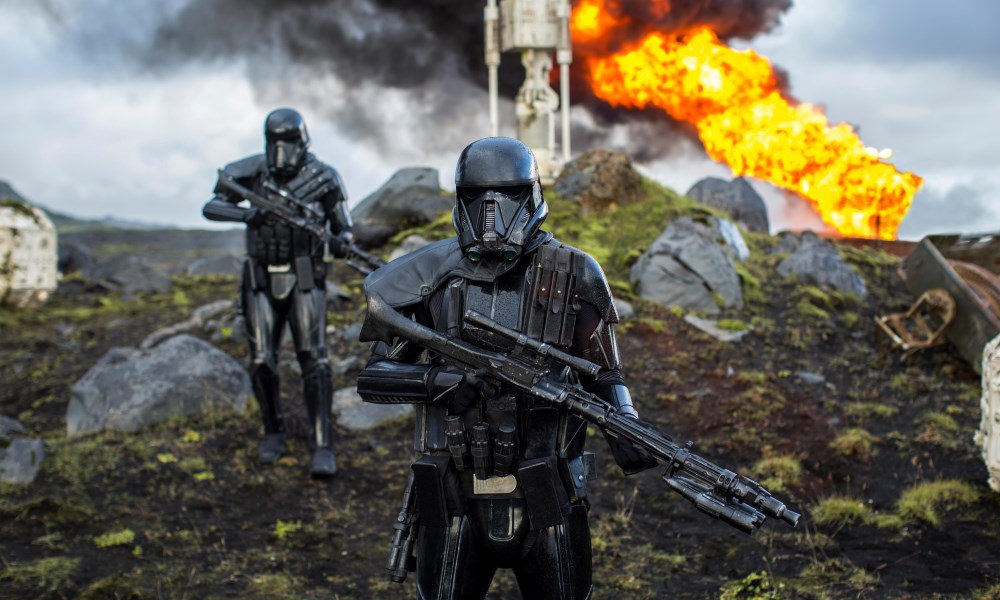 Disney’s well-publicised decision to further expand its newly acquired Star Wars franchise beyond a sequel trilogy with a separate spin-off strand was hardly a revolutionary concept. For years, George Lucas and his acolytes have licensed books, toys and videogames all branching off – or bookending – the original holy trinity. For anyone not already a willing disciple of this sprawling series, what possible interest could there be in a cynical stopgap between Episodes VII: The Force Awakens and Episode VIII: Luke Who’s Talkin’ Too?

And yet, to loosely paraphrase several dozen characters throughout the Star Wars universe, “There is always hope.” In cinemas later this week – the hallowed Tolkien/Harry Potter slot of Christmases past – Rogue One glides into view like a skilled aviator, a rather different proposition from the deafeningly loud splash-landing of The Force Awakens’ golden egg-laden goose one year ago. Effectively taking us from a child’s harrowing separation from her self-exiled parents right up to the opening shot of A New Hope, Gareth Edwards’ (sole?) contribution to a galaxy far, far away is a sprightly, spirited war epic that favours pluck and grit over the low-hanging fruit better known as ‘fan service’.

Heading up a pleasingly international cast, Felicity Jones plays the rallying rogue in question, Jyn Erso, searching for the fate of her theoretician father Galen (Mads Mikkelsen) after he was taken from her by the scheming Director Krennic (Ben Mendelsohn). Their backstories are immaterial – we’re not tracing family lineages here for once – suffice to say that Jyn’s father has a vital role to play in the construction and ultimate utilisation of the Empire’s perennial Alliance-crusher, The Death Star. His whereabouts fortuitously disclosed, Jyn joins forces with a Kelly’s Heroes-style band of misfits and also-rans, all desperately searching for their place in a galaxy that seems content to tear itself apart with or without their participation. 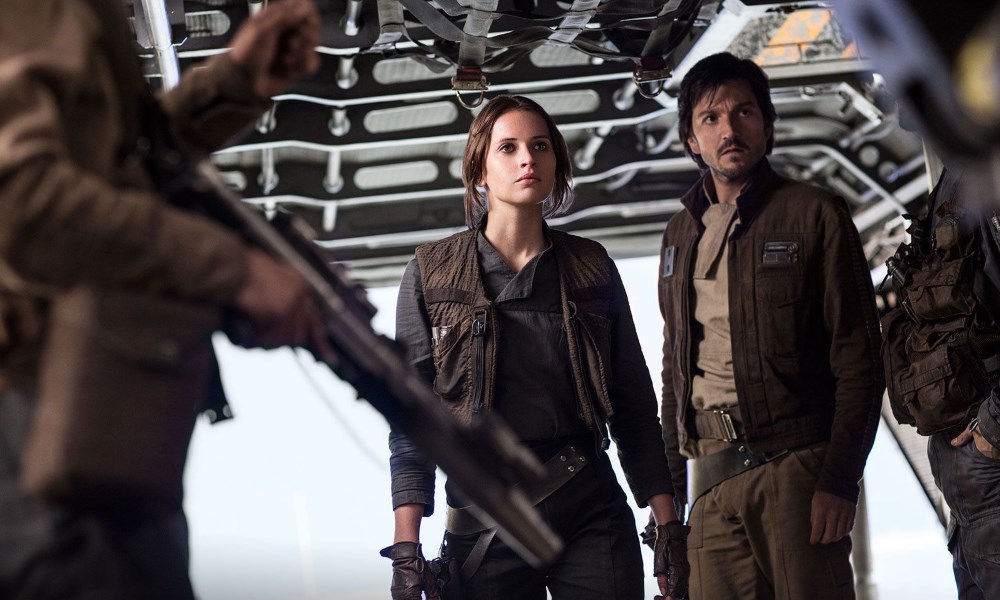 It’s this supporting cast that succeeds most where previous Star Wars outings have failed – namely in depth. The likes of fellow Brit Riz Ahmed, Diego Luna and Donnie Yen are all familiar faces to their native audiences and beyond, and here do the very best they can with enjoyable – if occasionally lightweight – Rebel roles. Yen in particular looks set to add to the cult adoration he received for his turn as Yip Man, here finely balancing a Jedi-like awareness of the Force with more than an echo of Zatoichi. As is often the case with films of this size, not everyone suits the bondage of a blockbuster. Forest Whitaker’s Clone War veteran Saw Gerrera is largely surplus to narrative requirements despite his best Frank Booth impression, whilst one familiar face makes a rather uncanny return from the grave.

A minor miracle in and of itself, Edwards’ Rogue One somehow delivers on almost all of its weighty pre-release promises whilst at the same time besting The Force Awakens for sheer spectacle and world-building. The film’s final set-piece, a land-and-air assault on an Imperial citadel guarded by a planetary shield, is both lengthy and bombastic but more than earned. Come rain or shine, Star Wars completists will always be there to see the next addition to the ever-growing canon, making the process of reviewing a new entry a largely redundant one. What this review can do, however, is suggest that Rogue One has enough vim and vigour to warrant its existence outside of its suffocating, expectation-loaded franchise constraints, as a rousing standalone blockbuster in its own right. Here’s to hope.