Possessed (2009) is one of the best South Korean horrors in recent years. In Lee Yong-Ju’s personal opinion this is due to the fact that the film touches upon unexplored ground: “Usually, Korean horror is about good vs. evil.” Where this film differs, however, is that it reflects the conflict between Christianity and shamanism.

Religious contradictions are a common issue in modern South Korean society as shamanism, even though looked on with rather negative connotations and considered to be superstition, had been an intergral part of pre-divide Korean history. As a whole, the film does reflect upon common issues from contemporary South Korea: “Particular situations and issues are represented by the characters in the apartments.”
On the question of whether the film was consciously and purposefully scripted to fall into the horror genre, Lee’s answer was that he usually focuses on the message that he is trying to get across, whilst the particular genre comes as a rather natural decision following the initial writing process. When discussing the issues of different religions in producing the script, Lee was amazed that “people are eager to know what God means”, even though they cannot possibly do so. 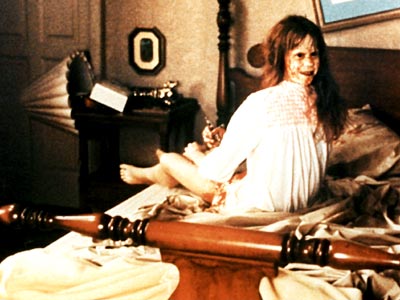 Possessed has been compared to a lot of other films, such as The Exorcist (1973) and Don’t Look Now (1973) by British director Nicolas Roeg whislt US film critics have also found similarities with Roman Polanski’s Rosemary’s Baby (1968). According to Lee, the film has similarities to films that “build the suspense”, rather than rely on shock tactics to achieve their purpose. The film also shares similar themes with Spider Forest (2004) and Hansel and Gretel – the issue of forgotten memories of social trauma – represented in the character of the janitor/war veteran in Possessed. However, Lee Yong-Ju admitted that this was not a consciously scripted intention of the film.

South Korean horror is often connected with Japanese horror under the ‘umbrella’ category of ‘Asian Extreme’; for Lee, the biggest difference between both areas is in the quantity of films produced. Japanese horror continues to flourish, whilst South Korean horror production has greatly reduced in recent years. In addition, the horrors from South Korea usually cover “a large spectrum – from the simple to the complicated story”, and they tend to “overcome the image of the typical ghost”, portrayed in films such as The Ring (1998).
Lee Yong-Ju is currently working on a melodrama about memory and love with the tagline “commemorate the past”.