There’s been a lot said about Cemetery Junction (2010), the first feature release co-written and directed by Ricky Gervais and Stephen Merchant, mostly (and to the film’s detriment) by Gervais himself. What is worth realizing before watching the film is that despite what so many reviews have failed to realize, the film is an homage to youth; a shiny, affectionate look back at early 1970s Reading where Gervais was born and raised. Yes, it’s about escaping the ‘small pond’ one grows up in, but that doesn’t mean that ‘pond’ can’t look spectacular. And it really does; the film is an aesthetic joy just to behold. 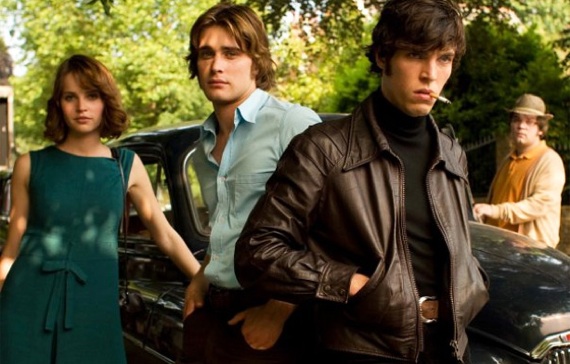 Christian Cooke’s Freddie is the film’s intended lead yet it is Tom Hughes’ Bruce that becomes far and away the most interesting of the three central protagonists. A character that could have easily defaulted to the clichéd role of ‘bad boy from a broken family’ is instantly engrossing due to Hughes’ involving performance and the delicate, subtle handling of (most of) his scenes with his father. Hughes is also granted a ‘gut-punch’ showdown with a ‘family-friendly’ Policeman in a jail cell, at which stage he finally learns to grow up. Lovable ‘goof’ Snork (Jack Doolan) completes the trio as the quintessential comic sidekick, who is of course given his own passable love interest.

The film’s secret weapon is Emily Watson. As Mrs.Kendrick, she is both mother to Freddie’s love interest Julie (Felicity Jones) and wife to her depressingly misogynistic insurance salesman husband (played brilliantly by Ralph Fiennes, who alongside Matthew Goode’s gleefully dislikable, image-obsessed Mike Ramsey, delights in feeding on the misery of others). Utilizing the same sparkling gaze she perfected in Punch-Drunk Love (2002) Watson is forced into passivity by her bullish husband, her searching glances for sexual, societal equality finally finding an answer (at least for her daughter) in Freddie. This is most apparent in a moment in which her husband passes his daughter over during conversation, with Freddie interrupting in order to defend her very presence. 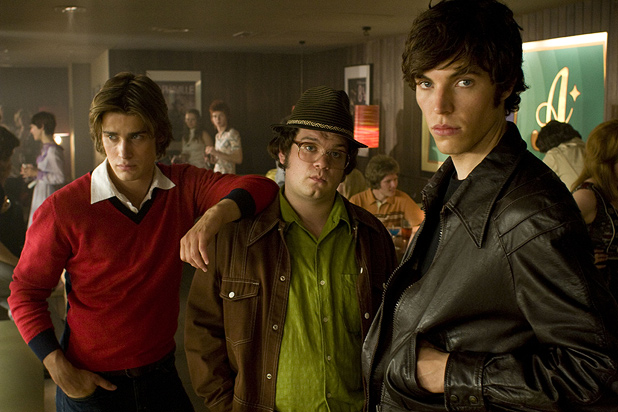 Another moment in which Watson silently prepares tea for her thankless husband mixes the best of Gervais/Merchant’s patented ‘cringe-comedy’ with the heartbreak of Tim’s silent meeting with Dawn as she is about to leave for America, in TV’s The Office. What’s interesting is the fact that despite Gervais/Merchant’s ciphers being the young men, it is Watson’s characterization of a trapped, middle-aged woman that resonates most after the film’s end.

Yet Cemetery Junction remains flawed. The dialogue can often feel a little too ‘written’ (Gervais himself seems to operate better in more naturalistic work) and those familiar with XFM’s The Ricky Gervais Show and its podcast counterparts may be taken out of the film’s period setting by the numerous post-modern allusions. Subtlety (Watson’s performance aside) is also clearly lacking at times. Gervais/Merchant’s script often works too hard to accentuate a point which is already clear e.g. Bruce’s imitation of Rebel Without a Cause’s (1955) Jim Stark is swiftly followed by a policeman suggesting that he wants to be “James Dean, Rebel without a Cause” – really?
However, for all its flaws, Cemetery Junction left me with a smile on my face having been both emotionally affected and uplifted. The future certainly seems bright for the Gervais/Merchant production machine.