The movie based on popular comic strip Marmaduke (2010) is out in cinemas now. Marmaduke? Oh, you know Marmaduke, the big dog, created in 1954 and still being made to this day. You must know what I mean!? It’s Marmaduke!

Conversations like that are happening up and down the length of the country right now, I promise you. In fact, go call a mate, any mate, and ask them what they’re talking about and I bet it’s Marmaduke. Go on, go do it. I’ll wait here.

Soon, all raw creative material created by anyone ever will have a script based on it green lit. It’s only a matter of time until the big film studios employ ‘scavengers’ to go around picking up bits of old napkin and till receipts that Charlie Kauffman might have doodled on, in an effort to find the next big hit. Until that glorious day, we have to contend with the raping of the past to find suitable film material. Comic strip adaptations seem like a good idea; they have that spark of familiarity (Look! It’s Marmaduke! In a film! At last!), they have a visual identity, they even have years of plots and jokes to raid for script ideas but the transition from 2D smirk to 3D 110 minute blockbuster is a difficult one. It can be done; you may not be aware that Dreamworks’ Over The Hedge (2006) was based on an American comic strip, but it took only the three of the main characters and constructed a whole world around it. But then again, familiarity with the source material isn’t really important – and if it’s not important, why even bother?

For argument’s sake, let’s say that Over The Hedge occupies the ‘classy’ end of the spectrum and Marmaduke is placed firmly at the ‘cash in’ end. Bearing this in mind, here’s how more of our cherished comic strips could turn out…. 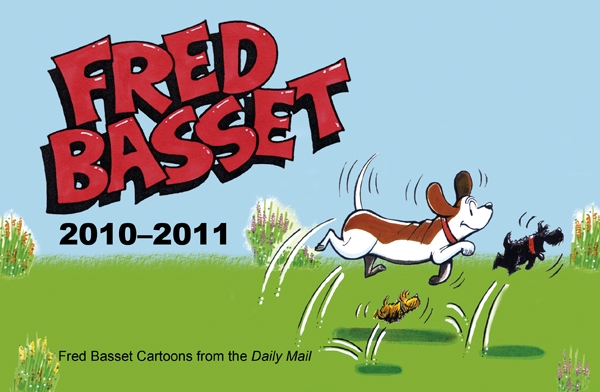 Fred Basset
Directed by Shane Meadows, Fred Basset is a rumination on the long endless days of the childless couple who own the titular hound. The CGI Fred’s thoughts are voiced by a glum Alexander Armstrong, who perfectly nails the wry observational humour directed at his owners (played by Paddy Considine and Samantha Morton). Issues of growing old in an ageless environment as well as the burden of being unable to conceive a child are dissected with brutal honesty in this grim slice of life from Meadows.


Love is…
John Walters directs the nude kidults in a creepy, kitsch study of the terrifying bond of love. The couple sit around, discussing love and how much they love each other and that’s pretty much it. The CGI work required to digitally remove their sexual organs will no doubt be detailed in rather revealing DVD extras.

Peanuts
This live action Peanuts cartoon directed by Wes Anderson sets the action 10 years in the future, with the cast all being trendy, but aloof, 18 year olds. Charlie Brown (played by a shaved headed Jason Schwartzman) hasn’t yet grown up and can’t see a point when he ever will. He mourns the loss of Snoopy but still sees the Beagle in waking day dreams. Will Charlie Brown escape the melancholy pull of childhood and become a man? Only by shedding the only thing he’s ever loved; Snoopy himself.

Garfield
Bill Murray plays the titular…oh wait, they already did this. Twice. A rather easy target for scorn perhaps but it’s worth noting two things; firstly Bill Murray is a pretty great choice for the voice of Garfield. Go and read a Garfield comic strip and imagine the words coming out of the “Murricane’s” mouth – it’s a perfect match. Secondly, as you may know, Bill only agreed to work on Garfield (2004) because he thought it was written by a Coen brother. It was actually written by a different Joel Coen, the guy who worked on Cheaper By The Dozen (2003). Poor form Bill. Poor form and yet, a suitably Bill-Murray-esque decision.

I guess the long and short of it is that my advice would be to leave all these comics well alone. If you’re not going to respect the source material, there does seem little point, to me, in bothering. I mean, just invent your own character and write your own story. Mind you, I’m not advocating ripping people off either by essentially taking their idea but changing one or two things. It’s a tough one. Let’s just hope that as long as Hollywood doesn’t green light any really cherished childhood memories, we can sweep the bad ones under the carpet and carry on as before.