Film Review: ‘Let Me In’ 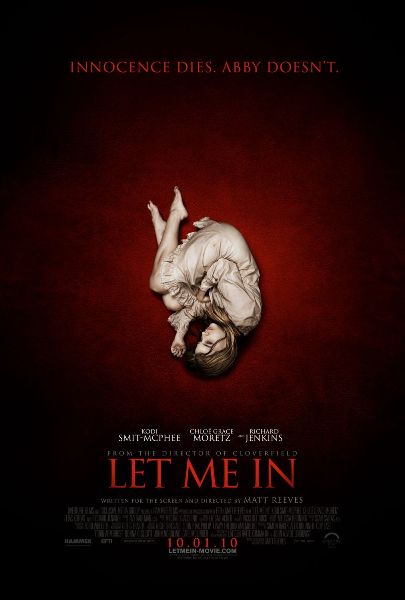 Predictably, there was an almost universal outcry of both lamentation and disgust when an American-based, English language remake of Swedish vampire masterpiece Let the Right One In (2008) – retitled Let Me In (2010) – was announced last year.

Even the dual association of Cloverfield (2008) director Matt Reeves and British horror institute Hammer with the production did little to subdue the metaphorical ‘angry mob’s’ baying for blood over such an apparent, flagrant disregard for the memory of one of modern horror cinema’s most recent classics.

Seemingly undeterred, Let Me In premiered at this year’s Toronto Film Festival and was consequently given a commendably high billing at last month’s BFI London Film Festival. As a keen admirer of Tomas Alfredson’s original adaptation, it was with some trepidation that I sat down to watch Reeves’ re imagining of both Alfredson’s masterpiece and John Ajvide Lindqvist’s dark, morally ambiguous source material.

A number of key differences between original and remake are quickly made apparent from the offset. Let Me In’s narrative is now based in the streets and surrounding hills of Los Alamos, New Mexico during 1983, providing a similarly snowy, yet more mountainous backdrop to the film’s grisly events. The narrative structure has also been slightly revised, with the addition of Elias Koteas as an unnamed policeman helping to guide the audience deeper into the film’s blood-strewn plot. Let the Right One In’s child protagonist Oskar has now become Owen (played by relative newcomer Kodi Smit-McPhee, last seen in John Hillcoat’s excellent adaptation of Cormac McCarthy’s post-apocalyptic nightmare, The Road [2009]), who retains much of the awkward and socially inept nature of his Swedish counterpart, whilst adding an heir of femininity and sensitivity to the role. Consequently, there is also a toning down of Kåre Hedebrant’s intermittent, near-psychotic anger and pent-up aggression. 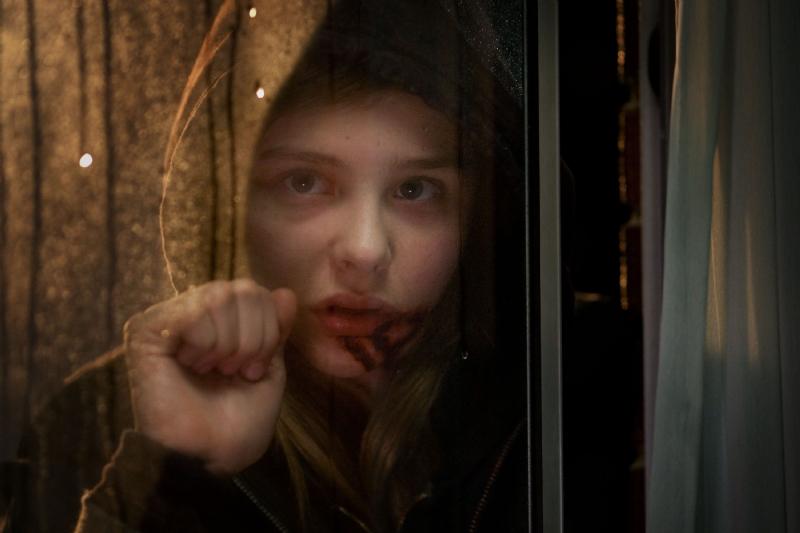 Importantly – and in a departure from both the original adaptation and text – Owen’s father is never shown. We do hear snippets of occasional phone conversations involving Owen’s father, often in the form of arguments between himself and Owen’s evangelist, alcoholic mother, yet his physical presence as the embodiment of masculinity has been clinically – and one would assume, intentionally – removed by Reeves in order to heighten the overwhelming paternal and social isolation that surrounds Owen up until the arrival of the mysterious, enigmatic Abby (played by Kick-Ass [2010] star Chloe Moretz).

Let Me In’s shortcomings are few, but apparent. Despite an obvious talent for building tension to nerve-shredding proportions, Reeves’ overuse of CGI-augmented sequences during some of the film’s more violent set pieces seem seriously out of place given the rest of the film’s anti-indulgent, underplayed subtlety. On a similar note, Abby’s sporadic transformations from child to monster are nearly always overly visualised and exaggerated, more resembling Linda Blair’s demonic possession in The Exorcist (1973) than Leanderson’s unpredictable, instinctual lapses into blood thirsty frenzy.

Overall – and with just his second feature – Reeves has shown himself to be one of Hollywood’s brightest directorial talents, equally capable at steam-rolling through a big budget monster/disaster movie, whilst displaying with Let Me In the ability to correctly judge and manipulate subtle nuances of tone and atmosphere, in order to create the desired effect. However, despite this remake’s numerous successes and victories, by attempting to return and re imagine Lindqvist’s source material, Reeves instead serves only to prove what a comprehensive, near perfect adaptation Alfredson’s Let the Right One In was, and is.