Self-discovery can take many forms and shapes, but in Tetsuaki Matsue’s case, it’s a 16mm independent autobiographical documentary. Annyong Kimchi (1999) (literally Hello Kimchi) is the Korean-Japanese director’s graduation project, a representative work for the very prolific ‘jishu eiga’ (independent film) movement, and will screen at this year’s Zipangu Fest, taking place in London from 23-28 November 2010.

Deeply personal, engaging and at times amusing, the film follows Matsue on his journey to discovering his identity in relation to his Korean descent and Japanese way of life. As a result of Japan colonising Korea between 1910 and 1945, his Korean grandparents move to Japan in search of a better life, adopting the local lifestyle and names in an almost perfect attempt to blend in. Two generations later, the Japanese ‘film geek’ Tetsuaki Matsue is shook by his grandfather’s last words which send him on his way to discovering his roots, perhaps as a means of redemption as well as self-exploration. 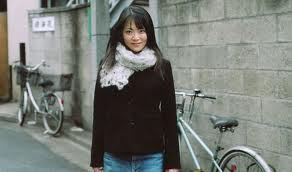 Narrated by the warm voice of his sister, the film is structurally made up of two parts: interviews of relatives and footage of Matsue’s journey back into his grandfather’s native Korea. Family portraits, stories and personal memories create the impression of a double-sided grandfather: the self-made, prosperous, Japanese Matsue who has seemingly lost all interest in Korea; and the quite contradictory image of Yu who eats Korean food and does not speak a word of Japanese amongst his fellow Koreans.

The documentary itself is proof of indecision on the director’s approach but in the same time a new found openness towards his Korean heritage. Everyone else seems to have decided upon one side or another, flagging it up towards the end of the movie. Be it Japanese, Korean, Korean-Japanese or American side, the Korean ancestry still lingers among all of the family, represented by ‘kimchi’, the fermented Korean dish which seems to be present everywhere and draw everyone together. Ironically, Tetsuaki Matsue seems to be the only one who can’t eat it, symbolic of the fact that he can’t yet digest the issue of his identity.

What one might appreciate about Annyong Kimchi is the sense of openness and the authenticity, enhanced by the independent means of production which give it a personal edge.

Although Annyong Kimchi has a very personal touch, it also comprises a political comment about the issue of the youth’s identity in a contemporary Japan. Is being Korean such a catastrophe still? So difficult to admit? Worthy of hiding? What is the status of the third generation of Koreans in Japan? All in all, identity might even be a matter of perception.