As a film that deals with themes of insanity, jealousy, romance and class division, whilst simultaneously skipping between madcap comedy and tragic love story, it is little wonder that Karel Reisz’s Morgan: A Suitable Case for Treatment (1966) achieves rather mixed results.

The film details the descent into madness of the already psychologically unstable Morgan (David Warner), as he is forced to deal with the break-up of his marriage to Leonie (Vanessa Redgrave) and her plans to marry her new lover Charles Napier (Robert Stephens). His inability to deal with the reality of his situation forces him into a world of Billy Liar-esque fantasy, whereupon he sees things and people as wild animals in the jungle, viewing himself always as a gorilla. This particular obsession with gorillas increase along with his plight, with the lines of reality and fantasy becoming blurred as he inexplicably mimics the creatures in public to the bemusement of those around him, culminating in an extraordinary finale, which we will come to shortly.

The key issue I had when watching Morgan was its difficulty in creating a definitive identity for itself. With nowhere near enough amusing moments to call itself a comedy, nor enough weight behind the spiralling mental condition of its protagonist to be considered a ‘serious’ film, Morgan falls short of reaching either with any real conviction. However, this is not to say that the film fails entirely. There are certainly enough positives on offer for the film to remain pleasantly entertaining throughout, yet it never quite fulfils its true potential. 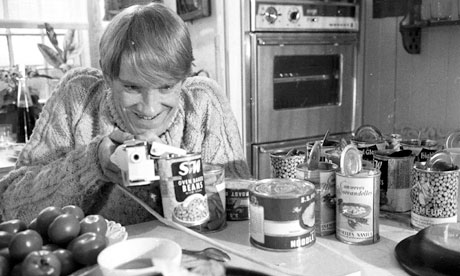 Morgan’s most obvious asset is that of David Warner and his performance as the titular character. His on-screen charm combined with the understated menace of his portrayal of a young, unhinged artist is genuinely brilliant, providing the vast majority of the film’s comic moments. The delivery of such fantastic lines as, “You know, I believe my mental condition is extremely illegal.” are perfectly pitched between off-the-wall humour and a sense of growing madness.

Director Karel Reisz’s visual sensibilities also lend themselves well to the piece, creating, at times, an aesthetic of superb originality. The use of cut-in images of animals in the wild – as a means to illustrate Morgan’s ever-increasing detachment from reality – works beautifully. This technique is largely what makes the film’s remarkable climax quite so unique, as we see clips of the original King Kong (1933) – in particular the scene in which Kong saves Fay Wray’s Ann and fights off a dinosaur – interspersed with Morgan watching the wedding reception of Leonie and his love rival Charles, as he imagines himself rescuing her from the monster. The resulting tone is one of wonderfully inventive comedy, which one is left wishing had been more present throughout.

Overall, Morgan: A Suitable Case for Treatment is a perfectly adequate and mildly entertaining piece of British 1960’s film making. While its cult status is assured due to its lack of concern with commercial viability, it is the absence of a suitably disciplined narrative and direction that are ultimately at the heart of the film’s exclusion from the canon of great British movies of the era.