ICA: Exploring the Craft of the Moving Image 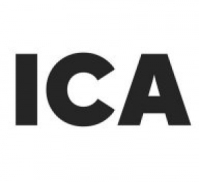 BAFTA and the ICA present a unique series of masterclasses led by award-winning practitioners from the worlds of film, television and video games at the ICA throughout February and March 2011.

On 2 February, BAFTA welcomes Nicolas Chaudeurge to the ICA. Having trained at the National Film and Television School, Nicolas has been editing drama and documentary for seventeen years in the UK and France. His partnership with long-term collaborator Andrea Arnold has produced Oscar-winning short film Wasp (2003) as well as BAFTA winners Red Road (2006) and Fish Tank (2009). Nicolas has just finished editing Arnold’s eagerly anticipated Wuthering Heights (2011), and will share insights into his fascinating career.
The following week, on 9 February, music is the topic of conversation as Martin Phipps takes us through the practical craft of composing for film and television. A twice BAFTA winner for Best Original TV Music (Wallander in 2009 and Small Island in 2010), Martin’s latest feature score is for the much-anticipated Brighton Rock (2011). Martin’s masterclass will concentrate on key scenes from his work and he will reveal whose influences he’s most inspired by. 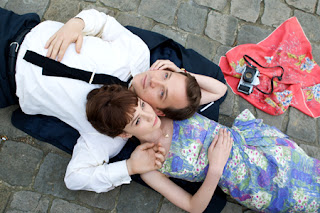 Equally important is the craft of title design, which can be the most experimental part of any visual media, setting the mood for the piece to follow. Nic Benns and Miki Kato are two of the most successful film title sequencers in today’s industry. Both were BAFTA nominated for their work on the TV series Misfits and their distinctive work can also be seen on the film An Education (2009). Their company, Momoco, is a design and live action studio whose most recent credit is the fascinating short sci-fi film, Copelia. On Wednesday 16 February, Nic and Miki will tell us how they started out and what makes their titles so eye-catching and unique.

It is perhaps hair and make-up design which makes the story-telling of film and television so believable: Jacqueline Fowler is one of the most in-demand designers in this field. BAFTA nominated in 2010 for her work on Red Riding 1974, Jacqueline has experience across all genres, from period drama to horror, character to contemporary. On 23 February, Jacqueline will share her experiences of starting out as a hairdresser, breaking into the film industry, her work with big stars such as John Malkovich and her latest work on the set of Ironclad (2011), a medieval action and adventure film.