DVD Releases: ‘The Beyond’ 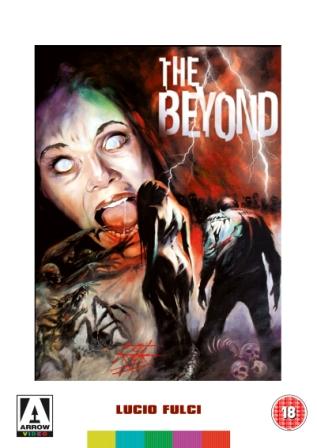 A frequent topper of ‘goriest moments’ lists, Italian splatter merchant Lucio Fulci is rarely treated with much critical regard. Probably best known for eye-gouging Dawn of the Dead (1978) rip-off Zombie Flesh Eaters (1979), Fulci, often overlooked in favour of arch Giallo stylist Dario Argento, is seen as less of an artist and more of a schlock-monger. What most critics have missed, however, is the astounding artistry of schlock-mongering.

The Beyond (1981) marked a tonal shift in Fucli’s work, the director strikingly moving towards a more nightmarish anti-narrative, disregarding conventional structure and practically launching at the viewer a fractured collection of supernatural set-pieces that formally bear similarity to Hitchcock’s desire for a ‘pure’ cinematic sensibility – one of a wholly visual communication of plot, character and ideology.

The second in Fulci’s Gates of Hell trilogy (preceded by City of the Living Dead (1980) and followed by House by the Cemetery (1981), both on release from Arrow), The Beyond opens with the protracted torture and death of a painter, whom the townspeople believe to be a warlock. The murder rather counterproductively opens one of the seven doors of death, from which the film took its US release title, and allows passage for the dead into the land of the living. 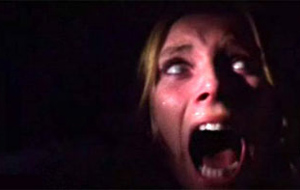 When an American woman (Katherine MacColl) inherits the house decades later, a series of strange deaths occur, exacted with levels of pornographic violence that meet and often generously exceed one’s expectation of a Fulci film. Eyeballs are removed with probing fingers, heads explode and, in a wonderfully insane scene, a paralyzed man’s face is eaten by hell-sent spiders, albeit ones that appear to have been bought from a party shop.

What singles The Beyond out from Fulci’s other films is the sheer craftsmanship, both practically and in broader storytelling terms. Regular collaborator Sergio Salvati tops his already fantastically stylish work on City of the Living Dead with consistently stunning cinematography that would bowl over even those quick to turn their nose up at such films, should they ever condescend to look. The baroque design of the film is vampirically sapped of every ounce of potential as Fulci’s camera ducks and weaves into every crevice, providing some of the most imaginative compositions of the man’s 40-odd years in the field.

Special mention should also go to Fabio Frizzi for his gloriously unsubtle score, and to Germano Natali’s nausea-inducing special effects, the apex of which comes in the film’s Grand Guignol finale, where, due to a contractual obligation to feature zombies in some degree, hell starts spitting the dead back out. Arrow’s vibrant transfer ensures you feel every bullet to the forehead and every torn sinew anew, and any gore-hound in or out of possession of this 80’s classic has a blood-spattered hole in their collection without this definitive edition.
Rob Savage