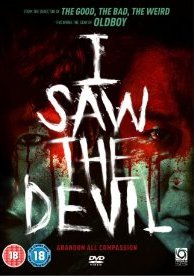 Like so many films of its ilk, the opening scene in director Kim Jee-Woon’s stylishly brutal I Saw the Devil (2010) sees a vulnerable young woman viciously murdered in her car by a sadistic serial killer whilst awaiting rescue. Starting as he means to go on, Jee-Woon takes the revenge thriller and turns it on its head, delivering an incredibly enjoyable, albeit nihilistic, tale of one man’s intense passion for revenge with more than a few tricks up its bloody sleeve. With its fearless use of violence to accommodate its gritty narrative, I Saw the Devil mixes bone crunching action with, at times, excessively gruesome gore to great effect.

Following the murder of his pregnant fiancée, Soo-hyun (Lee Byung-hun) a secret agent adept in stealth, goes about finding and destroying the man responsible, picking off each suspect until he finds his guy. The man in question is Kyung-Chul (Oldboy himself, Choi Min-Sik), a sadistic, seemingly indestructible murderer who is both psychotic and devious in equal measure, a man who will stop at nothing to acquire his prey. However, this is no simple revenge tale, and once Hyun locates Kyung-Chul, a rigorously twisted game of cat and mouse ensues as the hunter becomes the hunted and all bets are off, set in a world rife with decay and social ruin, where psychopaths reign supreme. 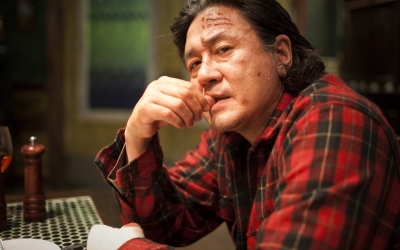 First off, I Saw the Devil is not for the faint of heart, it is relentlessly bloodthirsty in every sense of the word and prides itself on its unpredictability and mastery of Lee Mo-Gae’s cinematography, with some scenes mixing beautifully captured vistas with high levels of graphic violence. Take the aforementioned opening sequence for instance; snow gently falls through the air as this defenceless woman is butchered, her blood staining the snow carpeting the ground beneath her. It is a striking way to open a film, acting as a cruel precursor to the oncoming events that only become more merciless as the film goes on.

Perhaps the films’ main downfall lies with the progression of its own narrative; a non-stop cat and mouse pursuit that causes it to become repetitive as it draws to a prolonged conclusion, with a predictability that contrasts with the erratic events that followed. However, this is outshined by a rare focus on its characters, with as much time spent with the antagonist as with the protagonist, perhaps more so, allowing Choi Min-Sik to fully embody his larger than life psychopath.

Though I Saw the Devil may not for everyone, Kim Jee-Woon’s inventive twist on the vigilante-style thriller genre is packed with a deft balance of visceral thrills and visual panache, ensuring that nothing gets lost in translation.