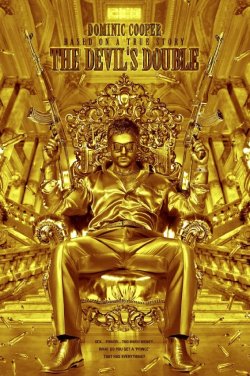 Based upon the autobiographical novel of Latif Yahia, a body double for Saddam Hussein’s son Uday Hussein during the late 1980s, director Lee Tamahori’s latest film The Devil’s Double (2011) stars Dominic Cooper in a double performance as both Latif and Uday, as the horrified lookalike must come to terms with serving under one of Iraq’s cruellest and most sadistic men in power.

Double performances are no new thing in cinema (see Duncan Jones’ Moon [2009] or the Social Network’s [2010] Winklevoss twins for good example), but the pinnacle is still perhaps Jeremy Irons’ brotherly twosome in David Cronenberg’s Dead Ringers [1988], a deliciously dark tale following the rise and fall of a set of twin gynaecologists. Unfortunately for both Tamahori and “Oscar hopeful” Cooper, both the film and the central split role fall well short of Cronenberg’s aforementioned masterpiece and would need an absolute miracle to get even a sniff of any international recognition based on it’s mediocrity.

Due to its premise, The Devil’s Double either lives or dies on its central performance, and in this case it is unfortunately the latter. Dominic Cooper’s star had risen quickly after a fine display in Lone Scherfig’s An Education (2009) as love interest Danny, and consistent appearances in The History Boys (2006), Mamma Mia (2008) and Tamara Drewe (2010). However, he clearly found his limit in the roles of Latif/Uday, unconvincing as either the besieged yet resolute double or the meglomanic, perverted tyrant.

It is perhaps in the role of Uday Hussein that Uday blunders most, presenting the vicious Machiavellian as a one dimensional, bucktoothed simpleton. Many will argue that this was the truth of the matter, citing Yahia’s autobiographical accounts in support of Cooper’s depiction. However, Cooper’s one note portrayal of Saddam’s son is so over-the-top as to remove any sense of realism – or vitally fear – from the central antagonist. 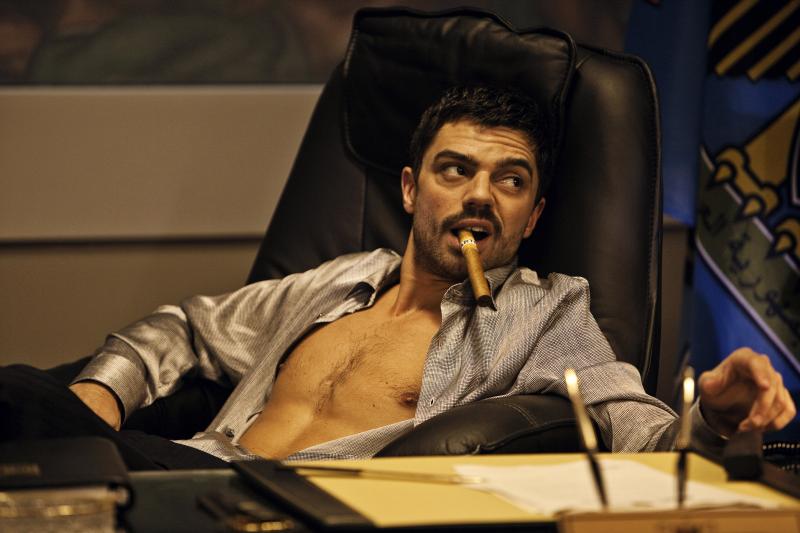 This in turn directly affects the role of Latif, as we get no real sense that he is ever going to befall serious harm or conversely, that he could become intoxicated with power through living the same playboy lifestyle as his master. For some bizarre reason, the depiction of Uday brings to mind that of King John in Disney’s Robin Hood (1973): a sulking, thumb-sucking bully with none of the actual maliciousness or reptilian ruthlessness of his real-life counterpart.

Another major flaw of The Devil’s Double is in its depiction of the time and context of these extraordinary, true events. A key text to compare Tamahori’s film with would be David O. Russell’s Three Kings (1999). Both films share the same hyper-real, Gulf War setting (although The Devil’s Double also covers the period leading up to the conflict), but whereas O. Russell’s film was a darkly funny meditation on modern warfare and US foreign policy, Tamahori’s effort is a juvenile, ill-judged exploration of girls, guns and male genitalia.

Tamahori’s The Devil’s Double is a brave experiment that unfortunately fails within the first few minutes due to a combination of miscasting and all out crassness. Wave goodbye to that Oscar nomination boys.