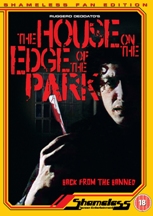 If you manage to make it to the end of Ruggero Deodato’s controversial thriller The House on the Edge of the Park (1980), the overriding question you’ll probably be left asking is “Why would someone want to make such a film”, and “Why would anyone want to watch it?” David Hess, of The Last House on the Left (1972) notoriety, stars as a cocky car mechanic who gets his kicks from terrorising random women before killing them off, before finally getting his comeuppance.

Psychopath Alex (Hess) and his simpleton friend Ricky (Giovanni L. Radice) find themselves unexpected guests at an upper-class party at a grand house in suburban New York. However, what starts as an innocent, if slightly sleazy get-together, soon spirals into a night of unrelenting horror as each group member begins to show their true intentions. 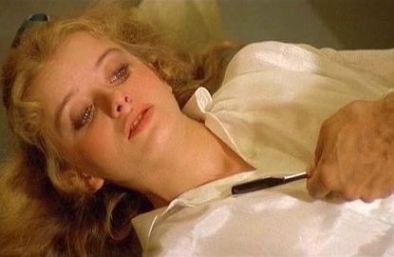 The real problem with Deodato’s schlockfest is that everything takes too long, the film drawn out interminably in an attempt to play on the viewer’s squeamishness for as long as possible. What might be mildly unpleasant if briefly glimpsed becomes nauseating as we are subjected to a man having his face reduced to pulp when it’s repeatedly smashed into a table and a razor being lovingly sliced across a young girl’s bare body, to name but two particularly toe-curling scenes.

There’s also a fundamental difference between a film which gives the viewer a scare (some might even say a fright every now and then is healthy) and something which is repulsive. If you listen to the interviews with Hess and Deodato which feature in the DVD extras, they discuss the aspects which interested them in the story – mainly that everyone, rich or poor, can be an animal if pushed to breaking point.

You often feel when hearing filmmakers justify their work in this way that it’s just an excuse, and really what it boils down to is that they actually like violence and making a film can be a ‘legitimate’ way to exorcise their fantasies – which is often why a lot of people watch this kind of film too.

Ultimately, The House on the Edge of the Park could have made its point just as effectively but less sickeningly, but then who would remember it for that?