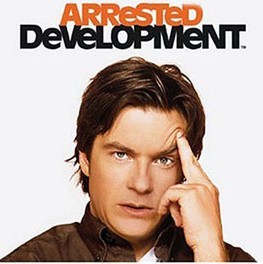 Ever since the Fox sitcom Arrested Development was cancelled in February 2006, the show’s fans have clamoured for a revival, encouraged – in no small part – by the cast and crew. Lauded by critics, yet low in the ratings, the series proved a springboard for several of today’s biggest names, including Jason Bateman and Michael Cera. All that demand has finally been heard, and at an event in New York on 2 October, it was revealed that the show would be returning for 10 new episodes, followed by a long-awaited movie in early 2013.

Created by writer Mitch Hurwitz, the sitcom followed the misadventures of the Bluths, a wealthy family fallen on hard times after the patriarch, George Bluth (Jeffrey Tambor), is arrested for various felonies (beginning with tax evasion and escalating to “some light treason”). In his father’s absence, Michael Bluth (Bateman) attempts to keep the family business afloat and his shiftless, eccentric relatives in check.

His manipulative alcoholic mother, Lucille (Jessica Walter) is locked into constant battle with her youngest son, Buster (Tony Hale); his older brother Gob (Will Arnett), a terrible magician, is perpetually in trouble with women; his twin sister Lindsay (Portia de Rossi) has one of the worst marriages in television history, to the ultra-camp Tobias Fünke (David Cross), formerly the world’s first and only ‘analrapist’ (a hybrid of analyst and therapist); their daughter Maeby (Alia Shawkat); and Michael’s son, George Michael (Cera), who is in love with his cousin. In addition to playing the jail-bound George Snr, Jeffrey Tambor also appears as George’s twin brother, the stoner Oscar. 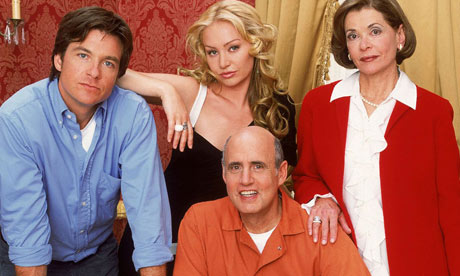 The show is filled with celebrity cameos, from Henry Winkler’s (aka The Fonz) recurring role as the family’s inept lawyer, to Liza Minelli as Lucille’s best friend/nemesis, Lucille Austero, and Amy Poehler as Gob’s accidental wife.

Arrested Development’s reputation has only grown in the years since it was taken off the air, winning new fans thanks to its unmatched wit, visual inventiveness and long-running jokes. Fans of the show will eagerly quote recurring lines at each other; if you hear someone yelling “Steve Holt!” or “Come on!” then you’re probably within earshot of a set of fans.

According to Hurwitz – currently in the process of writing the screenplay for the film – he became aware that he needed time to explain what each of the characters has been doing in the five years since they were last on-screen, and this led to the idea of the 10 new episodes. Each episode will focus on one of the central characters, though the chances are that the others will show up somewhere along the line in each others’ episodes. As for what we can expect from the film, Hurwitz remains fairly tight-lipped: the only information he let slip was that “[The Bluths] will fuck everything up”.

Bateman has suggested that they will shoot the new Arrested Development episodes and the film in one block next Summer, with the series to air in the Autumn and the film to see release in early 2013. Despite the list of directors from the show who have gone on to success in Hollywood, including Paul Feig (Bridesmaids [2011]) and Greg Mottola (Superbad [2007], Adventureland [2009] and Paul [2011]), it is thought that Hurwitz will direct the film himself. It may be two years away, but for some, the return of Arrested Development cannot come quickly enough.