Sarah’s Key (2010), directed by Gilles Paquet Brenner and starring Kristin Scott Thomas (soon to appear in the film adaption of Salmon Fishing in the Yemen) is a sophisticated film full of emotion. It takes the familiar topic of the Holocaust and combines it with a contemporary tale of a woman suffering an existential crisis, packed with remarkable performances and a gripping narrative.

Based on the novel of the same name by Tatiana de Rosnay, the plot oscillates between the life of Sarah – played with incredible conviction by the young Mélusine Mayance – during the events of the Vel’ d’Hiv round-up and the life of journalist Julia Jarmond (Scott Thomas). This combination of past and present is very reminiscent of Stephen Daldry’s The Reader (2008) – however, Sarah’s Key is the more refined and gripping piece.

The Vel’ d’Hiv atrocity represents a dark moment in France’s history when approximately 14,000 Parisian Jews were captured by French authorities for deportation to Nazi death camps, all sanctioned by the Vichy Government. Sarah’s Key takes these events and focuses on the young Sarah, who – when arrested by the authorities – struggles to return to her parent’s Parisian apartment where she has hidden her brother. After discovering Sarah’s tragic tale, Julia’s life becomes entwined with the girl’s story as she struggles to discover the truth of what happened. 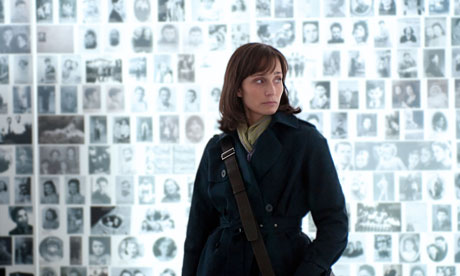 Sarah’s Key is gripping in its modern approach to not only the subject of the Holocaust, but also how we understand ourselves in relation to our past. Its treatment of (to many) an unfamiliar history, and its blending of these historical events with a modern day struggle, create a gripping drama which leaves you totally absorbed in the characters’ struggles. There is only one real weakness to the film – namely the average performances of the supporting cast, not least James Gerard’s brief, yet incredibly lacklustre portrayal of young journalist sycophant Mike Bambers.

To its credit, there are several narrative climaxes across the two stories that once revealed do not deflate or divide the on-screen action. In fact, these moments enhance your interest in the excellently-portrayed lead characters, continually weaving the two lives tighter and tighter together. This is a film about stories that remind us that we are products of our pasts. Sarah’s Key is an excellent, emotionally powerful film with strong performances, careful direction and magnificent plot construction worthy of any cineaste’s DVD collection.