With the English language film adaptation of The Girl with the Dragon Tattoo – the first book in the late Swedish crime writer Stieg Larsson’s bestselling Millennium trilogy – due for release in the UK on Boxing Day (26 December) featuring an all-star cast including Daniel Craig (returning as Bond next year in Sam Mendes’ Skyfall), Rooney Mara, Christopher Plummer and Stellan Skarsgård, why not spend Christmas Day getting re-acquainted with the work of the film’s acclaimed director, David Fincher.

Here’s our guide to our top 3 Fincher films for the perfect movie marathon duvet day.

The first of two films starring Hollywood megastar-turned-producer Brad Pitt (seen this week in baseball drama Moneyball [2011] and currently filming on Marc Foster’s adaptation of Max Brook’s cult novel World War Z), Se7en may well be best remembered for a jaw-dropping finale, but strong performances throughout from Pitt, Morgan Freeman, Kevin Spacey and Gwyneth Paltrow have helped secure its status as a classic crime thriller. Transferring much of the dripping, gloomy stylistics from the ill-fated Alien 3 (1992), Fincher’s unidentified US city is a very real rain-soaked, decaying nightmare.

The second appearance on our list from Pitt (and proof, if proof were needed, that Fincher knows how to do literary adaptations in style), Fight Club was one of the last great films of the 1990s, a superb rendition of American cult writer Chuck Palahniuk’s revolutionary novel of the same name. Once again, a knockout twist lingers longest in the memory, aided by a haunting soundtrack and fine turns from Pitt, Edward Norton, Helena Bonham Carter and…Meat Loaf!? 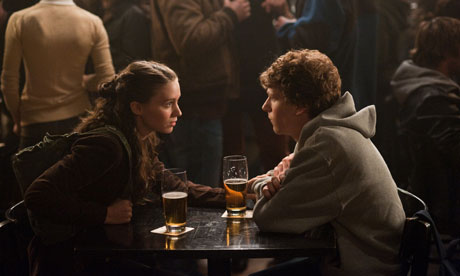 A potent cocktail of Fincher, Aaron Sorkin and the world’s most popular social networking site Facebook, The Social Network focused on its widely successful founder (or was he) Mark Zuckerberg and his ascent to world wide web domination. Regarded by some as the film that should have won Fincher at least of either Best Director or Best Picture at the 2011 Academy Awards, The Social Network was ultimately pipped to nearly every post by a rampant The King’s Speech (2010). Could The Girl with the Dragon Tattoo (2011) make up for lost ground in 2012?

Honourable mention goes to…Zodiac (2007)
Narrowly missing out on a place in our top 3 after being ousted in favour of the superior Se7en, Zodiac remains a deeply atmospheric police procedural thriller as cops Jake Gyllenhaal, Robert Downey Jr. and Mark Ruffalo hunt the infamous, real-life Zodiac killer.

Love film? Then why not visit vouchercodes.co.uk/lovefilm.com to be in with a chance of winning an exclusive LOVEFiLM voucher.

For more info on the Most Wanted blog, visit vouchercodes.co.uk/most-wanted.