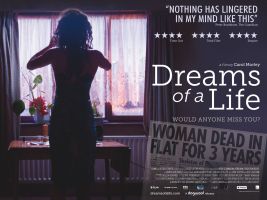 Perfectly rounding off an exceptionally strong year for documentary filmmaking in style, Carol Morley’s Dreams of a Life (2011) is a warm-hearted and deeply moving ode to Joyce Carol Vincent – a vibrant, talented young woman whose remains were discovered in her flat in 2003, three years after dying alone in front of her television. Utilising talking head testimonies from her friends and former colleagues, Morley masterfully paints an intricate portrait of a life with astute care and directorial flair.

The film follows the story of Londoner Vincent, whose body was discovered in a bedsit above the Wood Green Shopping Centre in 2006. When found, she was surrounded by the Christmas presents she’d been wrapping, with the television still on. Newspaper reports offered few details of her life – not even a photograph.

Morley’s Dreams of Life naturally stands in its own right as a colossal filmmaking triumph, but also works perfectly as a UK doc partner piece with Clio Barnard’s genre-defying portrait of the late Bradfordian playwright Andrea Dunbar, The Arbor (2010). Both Barnard and Morley have cut their directorial teeth in the world of experimental cinema over the course of several successful installations (anyone more intrigued by this aspect of filmmaking should seek out Barnard’s Road Race [2004] and/or Morley’s The Alcohol Years [2000]), and their similar backgrounds have clearly helped mould their feature debuts in both form and subject matter. 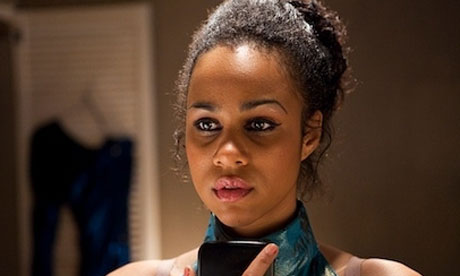 Both Barnard and Morley disrupt the documentary form with intertextual dramatic ‘retellings’ of key moments in the lives of Dunbar and Vincent, resisting the urge to overload their films with eulogising talking heads. Throughout Dreams of a Life, Joyce is visualised in the form of British actress Zawe Ashton (best known to audiences for her roles in Channel 4’s Misfits and Fresh Meat), who perfectly embodies the self-confident, affable, tragic heroine of the piece.

In addition, Morley’s selected interviewee’s paint a rich and vivid picture of the film’s subject through a number of genuinely touching anecdotes and recalled memories, ranging from the comic (Joyce’s antics at the office Christmas party) to melancholic depths of regret, most noticeably from her ex-boyfriend Martin Lister. His own belief – however misguided – that he could have perhaps intervened and prevented Joyce from meeting an untimely end is nothing short of heartbreaking.

Dreams of a Life is yet another triumphant example of British cinema at its very best, and a timely reminder of just how important and unmissable documentary filmmaking can be in the right hands. Morley’s film deserves to be seen high and wide, by young and by old; a near perfect collage of a tragically short, yet sparkling existence.

If Dreams of a Life isn’t showing near you, demand it today, making sure to share the link with your friends and family, as well as on Twitter and Facebook.

Keep up to date with Dreams of a Life by liking the film on its Facebook page or following it on Twitter.