Wreckers (2011), written and directed by first time filmmaker D.R. Hood, is a technically accomplished drama starring the ever popular Benedict Cumberbatch – best known for his role in BBC drama Sherlock and soon to be the voice of Smaug in Peter Jackson’s The Hobbit films – and Claire Foy, star of numerous TV literary adaptations, most notably Little Dorrit.

The plot follows schoolteacher David (Cumberbatch) and his wife Dawn (Foy) as they move from the city to David’s rural home village. With the introduction of David’s brother Nick, tensions arise as he tells Dawn all manner of secrets concerning the village and his brother. 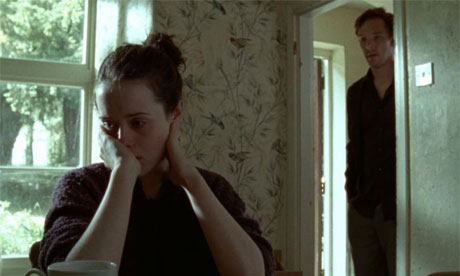 Wreckers is nothing if not well shot – Hood clearly seems to know her craft and has shown with demonstrable skill her ability as a director. There is an echo of Joanna Hogg’s Archipelago (2010) in the musing on the problems and lifestyle of rural communities.

The performances are highly accomplished, with the on-screen relationship between David and Dawn proving to be a masterstroke of casting. The script, which is by no means remarkable, is enhanced by deft performances exploring the emotional complexity of the moment – all of which is achieved through brooding glances from Cumberbatch and expressive gestures from Foy.

Whilst there are many excellent qualities to this film it is unremarkable as a whole. It’s clear to see that Hood’s skill lies very much as a director and not as a screenwriter.