With his shock of white hair and chat show friendly exuberance, the late cult director Ken Russell was a recognisable and entertaining presence throughout the seventies and eighties. He belonged to an extraordinary generation of British filmmakers, which included John Boorman, Nicolas Roeg and Ken Loach. Although diverse, if not idiosyncratic, individuals, they all shared a mission to challenge taboos, stretch the form and cover subjects previously left untouched.

Starting in television, Russell made a name for himself with his decidedly barmy documentaries on composers such as Elgar and Debussy, and this obsessive fascination with music would continue throughout his career, culminating in the rock opera Tommy (1975) and the life of Tchaikovsky as imagined in The Music Lovers (1970). Earning the sobriquet of ‘L’enfant terrible’ might have been something of a cliché, but Russell creative freedom and his apparent contempt for notions of conventional taste anticipated the punk explosions of the late seventies and early eighties. It is perhaps no coincidence that the cinema laureate of the punk movement – Derek Jarman – would earn his spurs as a production designer on Russell’s The Devils (1971). 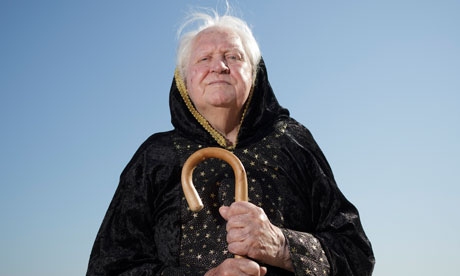 Russell’s flamboyant energy was best channelled through strong source material and served by actors in tune with his vision. Whether it be The Who, a classical music composer or D.H. Lawrence, the controversies inherent in the subject would be allowed to shine through. His cinematic curriculum is full of tormented artists who refused to fit in whether Valentino played by Nureyev or Gabriel Byrne’s Byron in 1986’s Gothic. When the source material was second rate (The Lair of the White Worm [1988] for instance), then the film is only worth visiting as a camp exercise in nothing in particular.

His actors would give intense performance and some of them would achieve career bests in his films. Oliver Reed has never been as good and would never be as good again as he was in The Devils. Alan Bates, Richard Chamberlain, Roger Daltrey and Glenda Jackson all turned in career high points under Russell’s direction – even Twiggy was good.

A fading of his reputation has occurred recently, partly due to studio hostility as regards his best films. The Devils, which dared to criticise, nay savage, the church long before Hitchens and Dawkins put pen to paper on the subject, was stalled by Warner Bros.’ hostility to the subject and is only now going to be released on DVD. Many of his films have not received the special editions that they richly deserve (1980 sci-fi Altered States is yet another largely forgotten classic). Hopefully, Russell will receive some of the belated recognition he so richly deserved after his death.