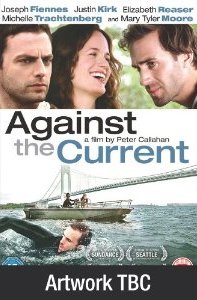 In Peter Callahan’s 2009 film Against the Current, Joseph Fiennes plays Paul Thompson, a depressed New Yorker with a tragedy in his recent past, who decides to swim down the Hudson from upstate to the sea. He enlists two friends Liz (Elizabeth Reaser) and Jeff (Justin Kirk), to accompany and support him on his Quixotic endeavour. Paul is not an athlete or a champion swimmer; he isn’t doing it for charity or to raise awareness for some noble cause. In fact, as the film goes on, it becomes evident that his motivation is linked to the darkness from his past.

Released in 2009, Against the Current is wrong from beginning to end. The film follows a well-worn template for this kind of self-consciously quirky small scale independent film: a group of friends/family members go on a journey for some not-entirely-convincing reason, meet a host of not-entirely-convincing people on the way, make some life decisions and then depart. In The Puffy Chair (2005), the film’s protagonists were going to get a chair; in Little Miss Sunshine (2006), attending a beauty pageant for children. 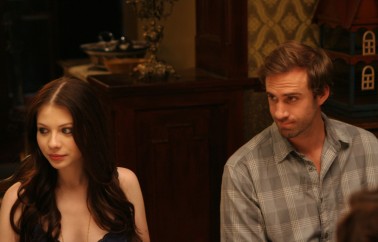 As Against the Current progresses, we get lots of shots of passing landscape and glimpses of Americana, all done to slanting sunshine and a soundtrack which is agonisingly repetitive, heavy on the acoustic guitars as though someone had organised a playlist around the concept ‘fey’. The dialogue has to be full of postmodern irony, with Paul and Jeff  quoting bland clichés at each other and engaging in repartee such as, “We don’t need to bond. If we were any closer, we’d be 69ing each other”.

All of this could be forgiven if any part of this film was believable. Liz, who is a chance acquaintance more than a friend, decides to come along through pure plot convenience and to add a romantic frisson. Jeff is in a relationship, which is only there for him to escape from. Worst of all is Fiennes’ performance – it’s near-impossible to believe in his soulful gazing as communicating life-despairing agony.

Gone, seemingly, are the heady days of 1998’s Shakespeare in Love and Elizabeth, and Against the Current stands as one of Fiennes’ worst ever projects.