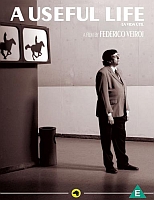 ★★★☆☆
From Uruguayan filmmaker Federico Veiroj comes A Useful Life (2010), a swift eulogy to celluloid film from the perspective of real-life critic Jorge Jellinek (who bears a striking resemblance to our very own Alfred Molina), overseeing the final death throws of the beloved Cinemateca in Montevideo where he has worked each and every day for the past 25 years.

Whilst preparing for the five-decade-old independent cinema’s centenary celebration of Portuguese director Manoel de Oliveira, Veiroj seems oblivious to the financial strife that will soon lead to its closure (prior to film screenings, the mantra ‘You need the Cinemateca. Cinemateca needs you’ is played to the captive audience). It isn’t until himself and cinema owner Martínez (Manuel Martinez Carril) are dragged into a meeting to discuss the business’ profitability that the pesos drops and Jorge is forced to look ahead to a world without his beloved picture house. 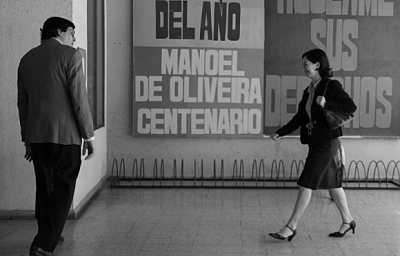 Shot in a monochrome 4:3 (1.33:1) aspect ratio, and featuring a suitably sentimental soundtrack, A Useful Life is clearly a well-meaning love letter of sorts to cinema’s rich history, comparable in its motives to both Michel Hazanavicius award-winning machine The Artist (2011) and Martin Scorsese’s Hugo (2011). However, its compact runtime of a mere 63 minutes does create a dilemma – Veiroj is overly long for a shot, yet its concept and narrative feels markedly stretched into a feature, despite Jellinek’s intriguingly awkward protagonist.

A Useful Life also feels somewhat cold-hearted and clinical when compared with the aforementioned efforts, holding back its emotional payoff to the very last shot as Jellinek finally takes a chance on life. Humorous moments are also few and far between, yet sit quite comfortably in their sporadic bursts. This is particularly true of a scene towards the end of the film where Jorge masquerades as a substitute teacher, hurriedly tutoring on the importance of lies (the foundation of all fiction) until he is interrupted by the genuine article.

Arguably a little too inaccessible to entice many into its 4:3 world, for film enthusiasts and cinephiles Veiroj’s A Useful Life offers a safe, nostalgic glimpse of an era soon to pass – when films could be physically held and inspected and subtitles were dictated live from the projectionist’s booth.