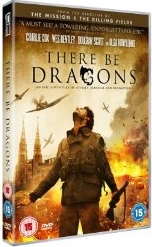 Let’s be clear about this – there are no dragons in Roland Joffé’s There Be Dragons (2011). Or, rather, the dragons are metaphorical. If that knowledge makes you fear a long and turgid film from Joffé, you’d be right – but not for those reasons. There Be Dragons doesn’t suffer from a lack of CGI monsters; it suffers from too much of everything else.

Robert Torres (Dougray Scott) is a journalist researching a book about Josemaría Escrivá (Charlie Cox), the canonised founder of Opus Dei. Escrivá was, the film proposes, a childhood friend of Robert’s father, Manolo (Wes Bentley). But they don’t talk any more – such is the overwrought framework that Joffé invents to tell his story of forgiveness and faith.

“I went looking for a saint…” Robert narrates, “…and found my father instead.” You can hear the clunks even over the top of the British cast’s accents, which are mostly pitched somewhere between Inigo Montoya in The Princess Bride (1987) and Sean Connery in Highlander (1986). The dodgy dialogue doesn’t stop there: “Dad. It’s me, Robert. Your son,” Robert says, with all the subtlety of a signpost. For all of There Be Dragons’ intended wisdom, it has a real penchant for stating the obvious. Rather than illuminating the past, the historical epic drags, leaving you to count down the 117 slow minutes of high-minded metaphors and muddled narration. 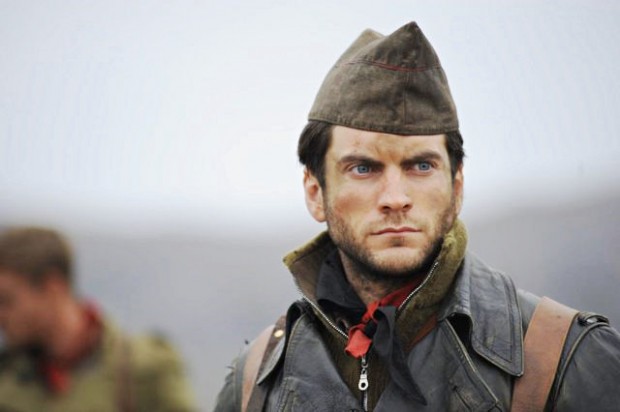 In one scene, the duo visit a chocolate factory, run by (who else?) Derek Jacobi. Encouraged to detect the flavours within the cocoa bean, Manolo hazards a guess. “Almond?” scoffs Jacobi, turning to Josemaría. He smiles, almost saint-like (he smiles a lot). “Cinnamon,” he ventures, correctly. We are promptly treated to a lecture about cocoa beans and how they represent God-given gifts and the importance of nurturing them with love. Manolo looks on and scowls. He scowls a lot.

Driven apart by religious differences, the two find themselves fighting for their lives during the Spanish Civil War. “They called us Fascists. We called them Communists. Really the war was much more complicated than that,” explains Josemaría. That’s as detailed as the politics get, with Joffé cutting between his protagonists with lots of betrayal and emotion, but little intrigue. As for the founding of Opus Dei, that’s glossed over in one brief conversation.

There Be Dragons’s battle scenes are well done and Gabriel Beristain’s cinematography crafts some beautifully-lit moments, but the narrative doesn’t quite weave together – despite a heavy-handed tapestry metaphor at the end. Joffé’s film deserves praise for sympathising with the agnostic Manolo without attacking Josemaría’s beliefs, but thanks to the stunted speech and unsubtle message of forgiveness, this sentimental mess is pretty hard to absolve.