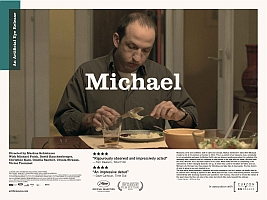 How the Daily Mail are yet to rise in uproar against Markus Schleinzer’s directorial debut Michael (2011) is anyone’s guess. The Austrian filmmaker’s first feature is a markedly cold, matter-of-fact depiction of five months in the life of a practising paedophile who has imprisoned a 10-year-old boy in his sound-proofed basement. It’s also one of the finest films of the year so far, a remarkable inaugural piece of work that demands to be seen despite (or perhaps because of) its controversial subject matter.

The paedophile in question is the titular Michael (bravely played by Austrian actor Michael Fuith), a bespectacled loner who initially seem to fit the stereotypical, red-top profile of a child molester. His 10-year-old victim Wolfgang (a stunning performance from newcomer David Rauchenberger) remains largely enigmatic – we are provided with no backstory as to exactly where he was captured or how long he has been kept prisoner by his host. A white-collared office worker by day, Michael keeps himself to himself, shying away from human contact until he returns home. 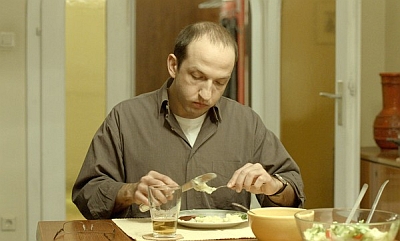 The sexual encounters between Michael and Wolfgang are sparse and brief, with Schleinzer unwilling and obviously unable to depict the acts of molestation in a graphic nature. The directors handling of such scenes is representative of Michael as a whole – we as an audience are always left to fill in the blanks, forcing the individual to internally confront one of society’s last true remaining taboo subjects head-on, rather than having our eyes and ears filled with sensationalist scaremongering.

Importantly, our protagonist isn’t portrayed as evil (even though his acts could certainly be considered as such), and for the first half of the film we are gently entered into a mundane cycle of Michael’s everyday life, complete with cooking, washing up and even Christmas preparations (at one point he tells his kindly sister that he prefers the seasonal period alone – we quickly realise this will not be the case this particular year). Even Michael’s most sinister actions can be skewed as well-meaning – at one point, he visits a local go-kart track to procure another boy, apparently as company for Wolfgang.

Ultimately, Michael hinges on the subtlety and believability of its characters -without such performances, the film could easily have been little more than a garbled, stereotype-laden slice of shock cinema. Fuith is not just a convincing predator, but all the more crucially a convincing human being, driven by motivations outside of mere sexual gratification (work, food, comfort etc). Even more remarkable is the turn Schleinzer (renowned as Michael Haneke’s casting director of choice) eases out of the young Rauchenberger, who comes across perfectly as a living, breathing 10-year-old boy rather than the mawkish, wide-eyed poster boy of abused children everywhere.

More so than with any other films so far this year, the less you know about Schleinzer’s extraordinary debut, the better. Rest assured that whilst at times uncomfortable to watch, Michael remains a peerless, extraordinary exploration of a topic so rarely intelligently discussed.