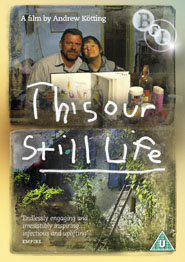 The latest release to come from the BFI’s very own DVD label, Andrew Kötting’s This Our Still Life (2011) is a deeply personal, lo-fi collage of the director’s secluded Pyrenean farmhouse (named simply ‘Louyre’), where he lives with his wife Leila and daughter Eden. Eden was born with a rare neurological disease, and thus the farmhouse proves the perfect habitat for Kötting to care for and play with the 23-year-old, free from the hustle-and-bustle of London life. 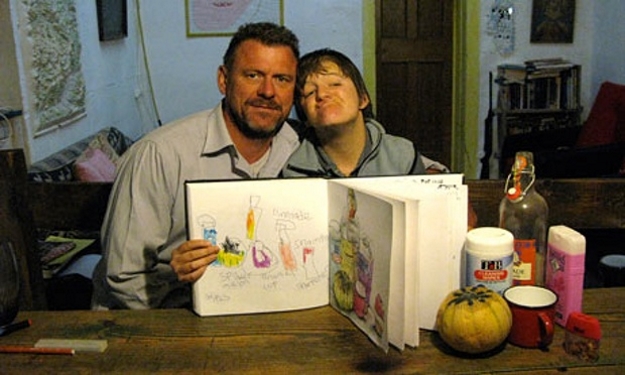 Kötting once again incorporates a number of signature stylistic techniques that run throughout his work (even as far back as 1996’s Gallivant, where Eden made here first on-screen appearance). Film stocks are changed at will, with digital and Super 8 chopped together alongside a choice cuts from the director’s extensive audio archive. The result is a fragmented, hypnotic slice of experimental cinema with enough heart and universal appeal to warrant a wider release outside of the art installation clique.

Both Louyre and Eden prove extremely watchable subjects, at times humorously documented by the camera-wielding Kötting. Eden’s illness has clearly had severely damaging permanent effects on her speech and motor function, yet she is undoubtedly a content, creative, fun-loving twenty-something. Art classes and pop sing-alongs are the call of the day, with Eden’s parents keen to facilitate her every wish. Mirroring the affection between Kötting, his wife and daughter is a love for Louyre itself, a paradise of sorts where enjoyment, artistic fulfilment and learning are top of the agenda. For many, this is an unattainable pipe dream, but for Kötting the farmhouse becomes a magical, otherworldly space full or vibrancy, life and colour. This Our Still Life is a bewitching, hypnotic filmmaking experiment that thankfully works well. As a 20-year-plus portrait of Kötting’s main loves – his daughter, his wife, Louyre and cinema – there is enough heart and emotional connection to entertain throughout, whilst concurrently offering up a number of deeper, existential readings for those willing to engage further.