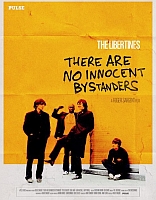 Roger Sargent’s documentation of 2010’s The Libertines reunion, There Are No Innocent Bystanders (2011) – following years of hostility and contempt between the band’s dual frontmen Carl Barât and Pete Doherty – will undoubtedly be a key piece of memorabilia for fans of the band. Yet aside from some nicely shot scenes of East London and the film’s ability to capture the raw intensity of a band like The Libertines live, it is relatively unexceptional as music docs go.

The film’s emphasis on East London – an area that has no doubt been an artistic inspiration for the band – does help to highlight the ‘cockney swagger’ that defined Barât and, in particular, Doherty’s personas. Their combined personalities, along with a troubadour-esque style of song-writing, has grown into something quintessentially English. The Libertines’ music – though at times messy and somewhat scrappy in places – marked a turning point in the mindset of British music fans, and for that reason alone Sargent’s film can be seen as justifiable. 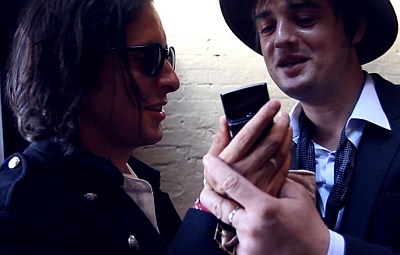 Unfortunately, for those who aren’t really fans of the band, There Are No Innocent Bystanders’ emphasis focuses largely on Barât and Doherty’s continuously tumultuous relationship; the reason for the band’s parting of ways. Their complex relationship has come to define The Libertines’ success yet unfortunately, it is a story that has been told time and time again, played out in the music press for the best part of a decade.

The Libertines’ impact upon the UK music industry is an engrossing enough story, but sadly isn’t really focused upon. Sargent should have been asking what it was about the band’s music that affected its audience and ultimately, why two characters like Barât and Doherty came to be symbolic of a major transition in the musical landscape of the UK – yet this is unfortunately overlooked.

If you’re a fan of the band, go and see the film (or buy it on its DVD release in April); if not, there will surely be worse music documentaries made in the future – 2012’s Katy Perry: Part of Me perhaps – but There Are No Innocent Bystanders really doesn’t offer much insight into this highly influential British band or any knowledge about the way they work or write songs – which, let’s face it, is what music should be all about.