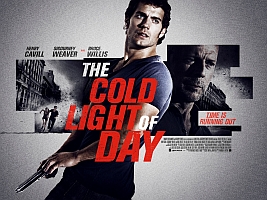 There were no press screenings for Mabrouk El Mechri’s action thriller The Cold Light of Day (2012), which stars Henry Cavill, Sigourney Weaver and Bruce Willis. This usually means that the film is not especially good, and that the studio is dropping it onto unsuspecting audiences in the hopes of recouping as much money as possible before the word of mouth spreads. Predictably, The Cold Light of Day is an exceptionally bad film.

The film starts off slowly, taking an interminably long time to introduce Will Shaw (Cavill) and his family, including father Martin (Willis) who is on a holiday in Spain. Will receives a phone call informing him that his company is now bankrupt. Is this information going to turn out to be important? In a word, no. It’s merely one of the first of a multitude of moments in which the writers, Scott Wiper and John Petro, give out entirely useless information which adds nothing to character or plot. After several scenes of clumsy family interaction on board a yacht, you’d be forgiven for questioning just what kind of film this is – a family drama? A sailing movie? 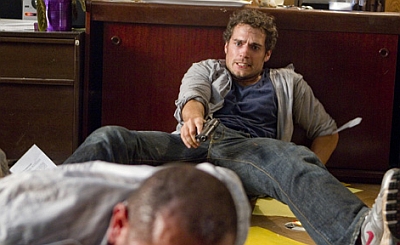 Eventually, Will goes off in a huff. When he comes back, he discovers that his family are missing from the yacht. This is the point after which almost nothing makes sense. After some fighting with the police which will later on be seen to be completely inexplicable in terms of plot, we learn that Martin works for the CIA and something has gone wrong, leading to the kidnap of Will’s mother, his brother and his brother’s girlfriend. From here the film consists mostly of people yapping over each other, under-lit car chases, and a lot of “I don’t know!” and “I’m sorry!” getting thrown around. “I’m sorry” is probably the most frequently occurring phrase in the film, as though somehow, the actors unconsciously knew the horror they were inflicting on their audience.

The Cold Light of Day is a boring, over-complicated pile of nonsense. The narrative is a mash of half-baked scenes, which serve simply to pinball our empty shell of a protagonist from moment of violence to moment of violence. There is the overwhelming sense that either the writers or the director were simply making it up as they went along. Weaver and Willis looked half-asleep, while Cavill grimaces and gurns with no sign of emotion or cognitive spark animating the character of Will Shaw.

It is sometimes said that audiences get the films they deserve, but it’s hard to imagine how any audience could have done something so awful as to deserve The Cold Light of Day. The fact that it was released at all suggests that the studios have such a low opinion of the filmgoing public that we will tolerate and even enjoy joyless, incomprehensible movies like this one – do not let them be right.