The lineup was recently announced for this year’s 2012 Toronto Film Festival (6-16 September), and it looks like a packed and exciting programme. Opening the festival will be Rian Johnson’s keenly-awaited sci-fi thriller Looper, starring Joseph Gordon-Levitt as a hitman sent to the future to assassinate his future self (played by action icon Bruce Willis). Joe Wright’s Anna Karenina will also make an appearance and sees the director once more teaming up with Keira Knightley, who will be put to the test embodying one of literature’s most iconic female roles.

Another prestigious British literary adaptation comes to TIFF with Mike Newell’s Great Expectations, Helena Bonham Carter set to take up the mantle of the ghostly Miss Havisham. Terrence Malick is also on the roster with his second film in two years via Ben Affleck/Rachel McAdams relationship drama To the Wonder, about a man returning home after the end of a relationship in Europe. 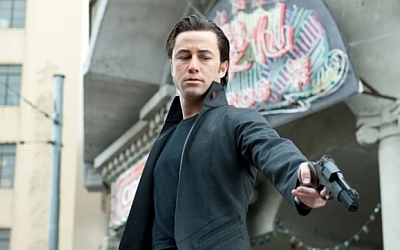 Affleck’s own latest directorial effort, Argo, will have its World Premiere at Toronto, after being described as a tense political drama set around the 1979 hostage crisis in Iran.

Political subject matter is also evident in Robert Redford’s return to the helm with The Company You Keep, also starring Shia LaBeouf. Elsewhere, a star-studded red carpet can be expected with the likes of Tom Hanks and Halle Berry for the intriguing portmanteau project Cloud Atlas, based on David Mitchell’s novel of the same name and directed by Tom Twyker and Andy and Lana Wachowski.

Mira Nair’s The Reluctant Fundamentalist has already been announced as Venice’s opening film and will be slipping across the Atlantic to take its bow at Toronto. Likewise, there are a number films we’ve already had an opportunity to see at Cannes, including Jacques Audiard’s down-and-dirty love story Rust and Bone and Matteo Garrone’s magnificent modern fable Reality, both getting special presentations alongside Pablo Larraín’s No, which stars Gael García Bernal.