When Sundog Pictures, the producers of  Cosmo Feilding-Mellen’s activist documentary Breaking the Taboo (2011), wrote to Morgan Freeman asking him to narrate their disquisition on the colossal failures of the war on drugs, Freeman replied, “At last, a voice of reason. Count me in”. A persuasively urgent call to conscience from the libertarian left, Freeman joins a cavalcade of talking heads, from ex-offenders to former Presidents, in denouncing the quixotic, ‘one-size-fits-all’ drug policy set out in the 1961 UN Convention on Narcotic Drugs. Fifty years on and the policies of prohibition are shown to create more problems than they prevent.

The use of major controlled drugs has risen exponentially; illicit drugs are now the third most valuable industry in the world, after food and oil; the war on drugs has created a grotesquely wasteful public-works scheme, and tens of thousands of people die in drug wars each year. While coke and heroin do nothing to engender dignity, it cannot compare to the destruction wrought on individual lives, families, and communities by the war on drugs. 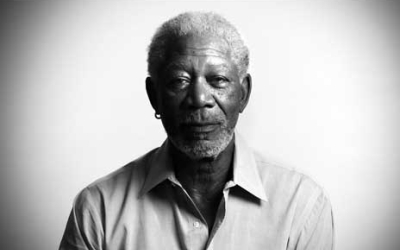 Director Feilding-Mellen pushes his civic lesson with a controlled lividness, using the examples of legalisation and regulation in Portugal and Switzerland as evidence that the world must move towards more health-based approaches. Since the Richard Nixon administration made the pusher man public enemy number one, politicians across the world have treated drug addiction as a criminal issue, not a medical one. Politicians prefer judicial tactics over proper drug counselling because elected officials need to appear tough on crime to their constituents.

Crucially, only former Presidents from the US, Brazil and Colombia, are ready to declare the war on drugs a social policy catastrophe. Presidential candidate Ron Paul incurred the deceit of the silent middle-classes when he declared that America “must stop the war on drugs” during his 2008 campaign. Feilding-Mellen recognises the delicacy of the issue, but chooses not to query the entrenched public attitudes that cling on even in the face of such powerful facts.

With only 54 minutes to work with, Feilding-Mellen is perhaps guilty of supplying too many heavy goods in too short a time while glossing over complexities (such as the large percentage of budgets spent on treatment and rehabilitation). His thesis however is pure and crystal clear: drugs can never be eradicated, so harms must be minimised by evidence-based reform. Breaking the Taboo confronts a topic that is not comfortable to consider in any respect, it is incandescent with contempt for a system that has failed and kept failing, but without this, there would be no anger, and without anger, nothing will be done about it.