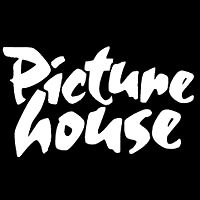 Today it was announced that multiplex chain Cineworld had acquired Picturehouse Cinemas, a company renowned for their quality programming showcasing the best of independent, foreign and cult cinema. Many may be shocked and concerned by this announcement, and despite the best efforts of Picturehouse to promote the move as a positive one, members and loyal customers of the independent chain have voiced numerous concerns as to how this will impact on the company. After all, Cineworld’s diet consists mainly of mainstream blockbusters, accompanied by high prices for both tickets and food (the average trip to the cinema cost a family of £24.48 plus snacks, £31 if the film is in 3D).

These high prices have made Cineworld PLC one of the three dominating multiplex chains that, with rival companies Vue and Odeon UCI, account for 70% of the total UK box office sales. Its successful business model has resulted in over 80 cinemas across the UK’s major towns and cities, holding over 800 screens in total. This corporate dominance seems at odds with the ideology and brand that Picturehouse has built since its origin, starting with a single cinema in Oxford back in the late 1980s, when Lyn Goleby and Tony Jones founded the company. Since its inception, the growing chain now has 21 sites across the country, six of which are based in London. 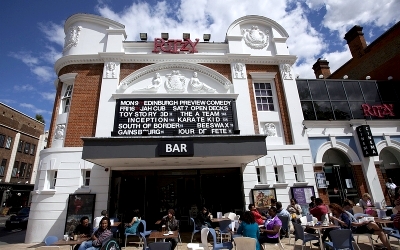 As easy as it would be to complain that a larger company has swallowed up yet another independent exhibitor in their bid for dominance (Cineworld acquired French company UCG in 2005, resulting in them having to sell six of their screens to Empire Cinemas under the Fair Trading Act), perhaps there is a ray of hope. With corporate dominance comes cash – lots of cash. As part of the announcement, the Picturehouse site states: “This exciting change will enable us to open more Picturehouse Cinemas – we are currently exploring opportunities in 10 locations.” Could this mean more cinemas programming interesting diverse film from across the world outside of the capital?

Yet with an announcement such as this there is always a ‘but’. As anyone with even the slightest knowledge of economics knows, there’s no such thing as a free lunch. Being a dominant cinema power in the UK, Cineworld will be looking for returns for their investment and, unlike blockbuster event releases such as this year’s The Dark Knight Rises or Skyfall, the latest releases from Michael Haneke, Terrence Malick et al. make relatively small sums. Yet there is still a market for arthouse filmmaking, and no doubt Cineworld will want a slice of the pie – even if it is smaller.

There the dark thoughts creep in; Cineworld is about profits, not love of cinema, (no doubt shown with the appointment of Anthony Bloom in 2005, ex-head of Barclays Bank, South Africa). These two companies seem diametrically opposed and whilst sometimes opposites attract in love, in the business world it usually means arguments – and the big dog nearly always wins.

You can read the full press release on the Picturehouse site.