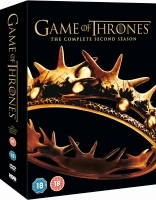 Few TV shows achieve classic status during their first season, but Game of Thrones was already being compared to HBO greats like Deadwood, The Sopranos and The Wire even before Ned Stark lost his head. The climax to Season One was genuinely gripping television, and it’s that one shocking act which has the most profound effect on the characters and the audience during the epic second season. Nobody is safe, and anyone can be dispatched by a sword in the back or a vial of poison at any given moment. This creates a palpable tension throughout, which could have easily been broken had writer George R. R. Martin decided to kill off another main character. 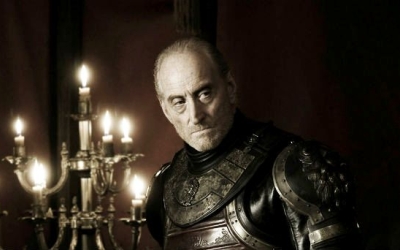 Fortunately, Martin has resisted on this occasion, but it’s also arguable that there are no true main characters within Games of Thrones: Season 2. Sean Bean’s grizzled Ned was the focal point for the audience in the first season, but now everything has splintered. There are several kings vying for the titular Iron Throne, and although natural loyalties still lie with the Starks, you’re also on the side of dragon mother Daenerys Targaryen (Emilia Clarke) and crafty, charismatic ‘imp’ Tyrion Lannister (Peter Dinklage).

In future seasons, these factions are bound to face each other in battle, but for now they have other fish to fry. Robb Stark (Richard Madden) is moving south fighting Tywin Lannister’s (Charles Dance) soldiers on the way. Meanwhile, Daenerys is trying to raise an army to invade Westeros and Tyrion is having to keep one eye on his mad nephew, Joffrey Baratheon (Jack Gleeson), and the other on the invading forces of the rightful heir, Stannis Baratheon (Stephen Dillane). If that all sounds like a grand, complicated plot, it’s nothing compared to how grand and complicated it actually is. Throw in the adventures of warrior princess Arya Stark (Maisie Williams) and the supernatural rumblings north of the Great Wall, and Games of Thrones: Season 2 begins to make the The Lord of the Rings trilogy look like a one man stage show in comparison.

The beauty of Martin’s Game of Thrones is that it all hangs together, just enough to keep your average viewer from completely losing the plot. Based, as it is, on the wars and landscape of medieval Europe, there is an inbuilt familiarity that gives this fantasy a certain believability – undoubtedly one of the essential ingredients of its success. Whether audiences will continue to buy it when the demons and dragons play a bigger role in Season 3, only time will tell. For now, however, Game of Thrones is an essential, exceptional series up there with such current greats as Breaking Bad, Boardwalk Empire, Mad Men and The Walking Dead.