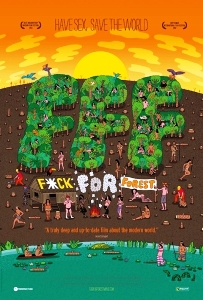 Some of the most entertaining documentaries utilise humorous subject matter that audiences can titter at, before revealing a more affecting interior. This is certainly the plan with F*ck for Forest (2012), the centrepiece screening of the 11th annual Polish Film Festival, Kinoteka. The sophomore feature of director Michal Marczak, the film chronicles the exploits of a troupe of neo-hippies who combine free love with a mission to save the planet. More than just a provocative title, ‘Fuck for Forest’ is the name of a Berlin-based NGO that has one goal; to raise money for environmental causes through human fornication. 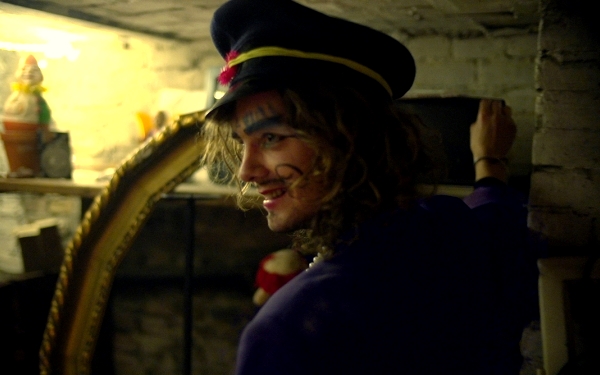 NGO founders Leona Johansson and Tommy Hol Ellingsen are clearly dedicated to their cause and use the Fuck for Forest brand to champion both sexual freedom and environmental care. Newest member, the make-up laden Norwegian Danny DeVero – with whom the camera spends a great deal of time – seems more to be enjoying the promiscuity and ‘alternative’ scene that it has introduced him to. Sadly, for all of the chortling their venture might elicit, it’s cut short by the revelation that, through FFF, the collective’s bank balance is now over €400,000. Before you know it, they’re jetting off to deepest, darkest Peru to come to the aid of an indigenous tribe by procuring and protecting a sacred part of local rainforest.

Here, though, all of the exuberance counts for nothing as they are categorically rebuffed by the indigenous people who don’t trust them one iota. This leads to some serious soul-searching for the group, and is a vital juncture at which F*ck for Forest regrettably neglects to explore their reaction sufficiently. Marczak provides an interesting peek at the enthusiasm, commitment and naivety of a self-started environmental NGO. However, whilst FFF may be capable of cultivating much-needed funding, they’re let down by a lack of real awareness of what’s truly required, and not one of the group is shown to have particular knowledge of ecological issues or policy.

This review was originally posted on 12 March, 2013, to coincide with the Kinoteka Polish Film Festival.