Film Review: ‘Me and You’ 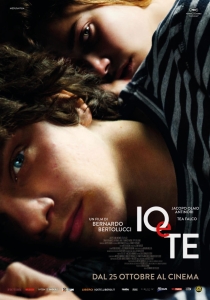 ★★★☆☆
A new feature from esteemed Italian director Bernardo Bertolucci is nothing to be scoffed at, especially when the film in question is his first for 10 years and could, realistically, be his last. Premièred at Cannes last year to a lukewarm reception, Me and You (Io e te, 2012) arrives in UK cinemas this week with little or no fanfare, especially given Bertolucci’s status and reputation within world cinema. Whilst it’s pleasing to report that this latest outing is far from poor, there is the distinct feeling that Me and You may still be one of the Last Emperor director’s most inconsequential works – a teenage drama too insular to make a lasting impression. 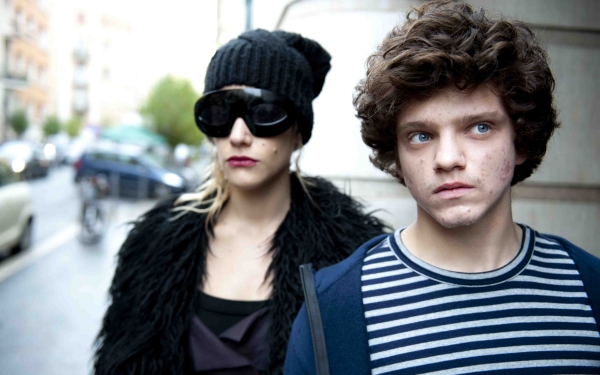 Impressive newcomer Jacopo Olmo Antinori plays social outcast Lorenzo, a quiet and uneasy 14-year-old with a vaguely dysfunctional home life. Seemingly stuck in a cycle of psychiatrist sessions and dinner dates with his distracted mother, our ingenious ragazzo solo skips a high school skiing trip in order to sneak back into his apartment block and hide out in the dilapidated basement. For an entire week, Lorenzo hides out amongst the clothes and clutter of a long-departed socialite with just his beloved ant farm for company; until, that is, the sudden imposition of his older half-sister Olivia (Tea Falco), an impulsive junkie who takes the opportunity to go cold turkey, whilst threatening the stability of the boy’s sanctuary.

As a stripped-down chamber piece, Bertolucci’s Me and You does end up limiting itself to a handful of familiar locales – one of several directorial decisions that may have attributed to at least some of the bemusement on last year’s Croisette. Foremost amongst these is the apartment basement where Lorenzo temporarily resides, an antiquated concrete warren that quickly becomes a safe haven for this fragile, introverted individual. Alone with his thoughts, as well as several modern day luxuries, Lorenzo leads a simple existence, immersing himself in music and literature like a true student of the arts (the film’s soundtrack is one of the best you’ll hear all year). Unfortunately, with the arrival of half-sibling Olivia comes an unnecessary addiction subplot that detracts somewhat from the likeable performances.

It remains remarkable that, at the grand old age of 73, Bertolucci is still making films of intelligence and guile, let alone features about teenage angst and sexual maturation. A decade on from the release of The Dreamers (2003), the wily Italian still clearly has much to say, if not to prove to his occasional naysayers. Disposable Me and You may be, but it also features one of 2013’s most iconic scenes; entwined with her younger relation, Falco’s Olivia serenades Lorenzo with David Bowie and lyricist Mogol’s Ragazzo solo, ragazza sola, the tale of a lonesome boy and girl that find eventual solace in their own skin. For this one moment of pure cinematic clarity alone, Bertolucci’s satisfying morsel deserves to be sampled.