Under the Radar: ‘How Do You Write a Joe Schermann Song’

The term ‘musical’ these days often only seems to refer to films based on West End shows or pop groups’ greatest hits. So, when How Do You Write a Joe Schermann Song (2012) premièred at the Raindance Film Festival last year, this original musical made a real impression (on those who saw it, at least). It eventually won the festival’s top award – enough to earn it a spot in our new ‘Under the Radar’ roster, as the film was recently released on video on-demand. A knowing musical about writing musicals, Gary King’s film follows Joe Schermann (played by himself) as he struggles to compose an off-Broadway show. 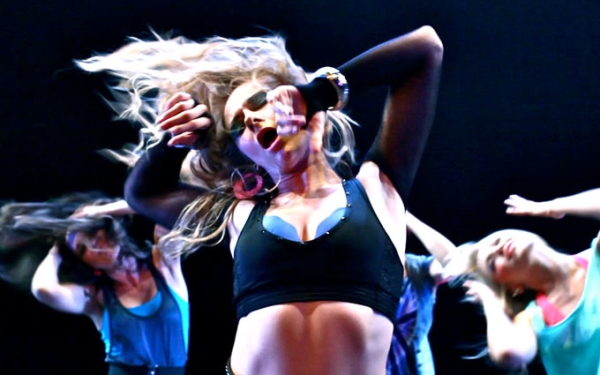 Joe spends his days in the audition room, accompanying ladies hoping to lead, and his nights at vacuous parties where people ask him the same thing over and over again. “So, what do you do?” comes the inevitable question. “I’m writing a musical”, he sheepishly replies. “Like Cats?” “Yeah,” he sighs, “like Cats.” Even his beard looks bored. But his chin-scratching frustration itches even more when he eventually meets Summer (Debbie Williams), a singer who leaves his ears swooning over the keyboard – much to the annoyance of his long-suffering girlfriend, Evey (Christina Rose). She’s an actress too. “Write me a love song” Evey serenades, as Joe frowns puzzled and perplexed at his beloved piano.

It’s par for the course for King’s post-modern script, which is packed with songs that get written as they’re sung. But where it could all descend into a one-man show full of navel gazing, How Do You Write a Joe Schermann Song uses the premise to open up the stage, introducing large dance numbers that skip from old-school Broadway to Bob Fosse at the tip of a hat – all edited together with verve and energy. Composer Ken Lampl takes his cues from King’s ambition, fleshing out Joe Schermann’s songs into a romantic score that makes the low budget locations feel bigger than they are.

As himself, Schermann proves a natural, rattling off ornate witty lyrics with ease before shambling about the living room like a confused carpet. Christina Rose steals the show, however, with one Sondheim-esque rant turning what could have been a thankless supporting role into a full-on leading part. The script occasionally slips into exposition-heavy monologues, but the cast’s uniformly excellent delivery stops the dialogue from grating. How Do You Write a Joe Schermann Song may not be based on a West End show or a pop group’s greatest hits, but it’s a musical – in the original sense of the word – that doesn’t hit a bum note.

For more information on how to see How Do You Write a Joe Schermann Song, visit watchjss.com.