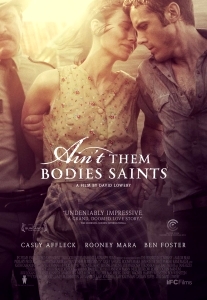 “There’s just no telling” says Bob (Casey Affleck) close to the end of David Lowery’s Texas-based criminal romance Ain’t Them Bodies Saints (2013), screening in the Critics Week sidebar of Cannes. It seems a strange statement, coming after so much talk. Bob and Ruth (Rooney Mara) are childhood sweethearts. She’s a poor girl, expecting his child, and he’s a petty criminal. When they’re surrounded by police, Ruth shoots an officer and Bob decides to take the fall for her. The years go by as Bob serves his sentence and his daughter grows as he writes Ruth a letter a day – providing substantial voiceover material in the off. 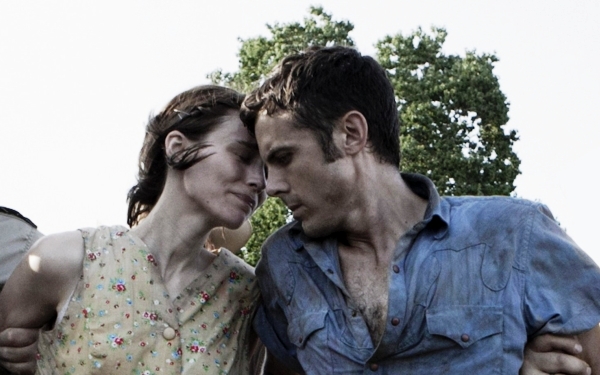 Meanwhile, Ruth develops a growing affection for Officer Wheeler (American indie stalwart Ben Foster) – partly because she’s guilty for shooting him. Skerritt (Keith Carradine, brother of David), a town elder and local tough guy, keeps an eye on his adopted family and something like life goes on as normal. This uneasy peace, however, is threatened by the news that Bob has managed to escape and is – in all likelihood – heading home, hotly pursued not only by the law enforcement authorities, but also by a bunch of ne’er do wells, Bob’s enemies for reasons which are never fully made clear. Frustratingly, whilst Lowery’s Ain’t Them Bodies Saints looks and sounds great, it’s also utterly unthrilling.

For a prisoner on the run, Affleck’s Bob Muldoon does very little running and an awful lot of talking, much of which is revealed to be boastful nonsense. It makes you wonder how such a character ever got round to committing a crime or getting wife Ruth pregnant in the first place, let alone running away from his past misdemeanours. The clear artfulness of Lowery’s direction – draped in Malick-hour dusk and oaky interiors – and the precious, whispered muttering drains the film of much of its initial urgency. Ruth also does a fair share of gabbing to her police officer friend, and there’s soon such a lack of impetus that the only thing that looks likely to escape is any possibility of dramatic tension.

Such an abundance of dialogue and voiceover isn’t necessarily a problem per se, but it does feel that words are being said more for the sounds they make than the meanings behind them. Ruth whines soulfully that she hasn’t slept in four years, but we’ve seen her wake up at least three times. Perhaps she’s just trying to get Officer Wheeler to stay the night, but even that logic whiffs of egregious horse dung. When the action arrives, it’s just too difficult to give a hoot. Mara makes a fist of being a manic pixie and Affleck does the coward Robert Ford again, but, like Ain’t Them Bodies Saints’ photography and incessant, plucking soundtrack, they’re simply too pretty to be real.