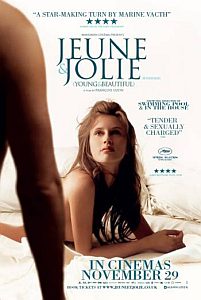 Following the success of last year’s In the House (2012), acclaimed French director François Ozon returns to cinema screens this week with Palme d’Or nominee Jeune & Jolie (2013), a stylish, well-crafted and intelligent study of a young woman coming of age through the space of four seasons, and to the soundtrack of four significant songs. Marine Vacth plays Isabelle, a 17-year-old of stunning beauty enjoying a summer beach holiday with her family and family’s friends. A fling with a young German boy leads to her first sexual experience, but she is almost immediately detached from any emotional reaction to the events. 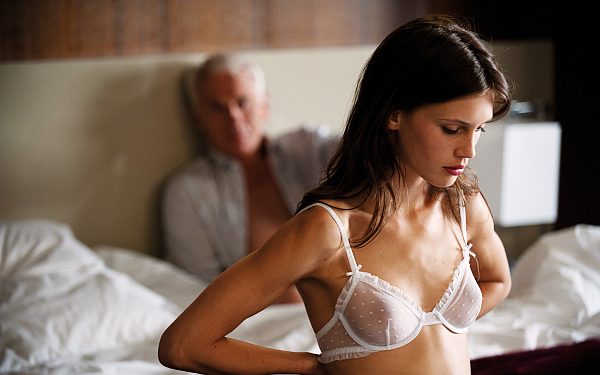 As summer turns to autumn, we find Isabelle using her newfound sexuality (and her matter-of-fact acceptance of it) to earn money through prostitution. There’s no real economic need – a ‘crisis’ serves as a good cover story – nor does she seem to actually enjoy the sex. Rather, like Joseph Kessel’s Belle de Jour, there’s a rejection of conventional morality and an urge to transgress, motivated perhaps by boredom. Yet the emptiness at the heart of Isabelle’s quest is due also to her lack of emotion, a glacial calm which is rarely disturbed or flustered by the situations she finds herself in. The film’s seasonal structure serves as a fitting callback to Eric Rohmer, and Ozon’s latest deals predominantly with the age-old fear of female sexuality.

The family is expertly drawn, with Isabelle’s relationship with her younger brother Victor (Fantin Ravat) and stepfather (Frédéric Pierrot) particularly well-played. What’s more, it’s Isabelle’s mother (Géraldine Pailhas) who is by far the most affected. In many ways, Jeune & Jolie almost plays out as a commonplace parental nightmare; namely, the inability to face a daughter’s blossoming sexuality. Isabelle’s mother and father are similar to the family unit seen in Michael Haneke’s Benny’s Video (1992) – well-meaning, solid, middle-class professionals.

However, whereas Haneke’s take is ultimately a tragic one, Ozon sees their inability to deal with Isabelle as semi-comical. Tellingly, Ozon’s beautifully shot portrait of emptiness does end up itself feeling slightly on the vacuous side. Although his refusal to moralise or to punish Vacth’s Isabelle is certainly to be applauded, Jeune & Jolie’s cold lack of emotion doesn’t so much evoke the melancholy which is perhaps intended, but a similar indifference to that of its blasé heroine. Regardless, this remains one of this year’s best French offerings.