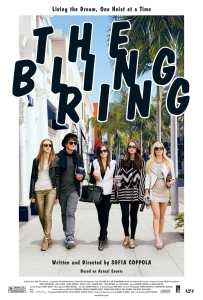 Opening the Un Certain Regard section of the 66th Cannes Film Festival comes Sofia Coppola’s The Bling Ring (2013), a teen crime movie/wannabe satire based on the true story of a gang of over-privileged kids (with serious entitlement issues) who burgled a succession of Hollywood celebrity abodes several years back. Marc (Israel Broussard) is the new kid at school befriended by über-popular Rebecca (Katie Chang), who has a distinct taste for taking stuff that doesn’t belong to her. The pair graduate from boosting the odd misplaced handbag to stealing cars and cleaning out the homes of A-listers when they’re off partying. 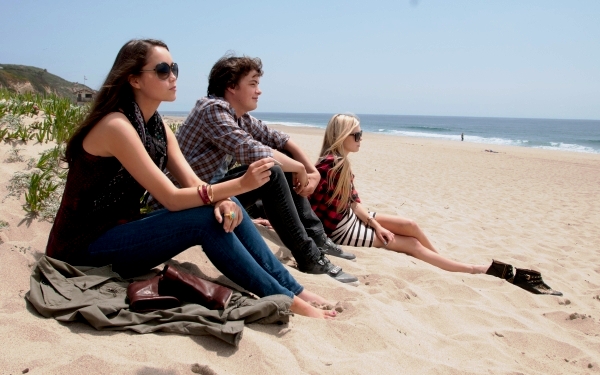 Over time, Mark and Rebecca assemble a rag-tag group of fashionista ‘gangstas’, including Nicki (British actress Emma Watson), Chloe (Claire Julien) and Sam (Taissa Farmiga); a pseudo family home-schooled on pseudo philosophy leached from the banal The Secret. Coppola – who won the Golden Lion at Venice a couple of years ago with the instantly forgettable and now happily forgotten Somewhere (2010) – once again reveals her adoration of the subject matter she presents initially as an object of satire.

However, any satirical edge that remains at the end of latest effort The Bling Ring is marshmallow-like in consistency; pink and fluffy, yet lacking in bite – or, ultimately, a point. We might laugh at the various ‘OMGs’ and ‘LOLs’ offered out, but the film’s characters are still spoilt white kids who would have gone to jail for a lot longer had they been black or Hispanic. The stupidity of their victims is also presented as mitigation for the cupidity of the protagonists, and the fact that Paris Hilton et al actively collaborated with the film’s production goes some way towards proving this point. Mark, Rebecca and co. are obsessed with achieving the same tastelessness as their starry false idols (Kirsten Dunst makes a briefly unnecessary appearance), and come perilously close.

After The Bling Ring first half hour, the endless repetition and thumping soundtrack has an unavoidable deadening effect. Once more, as with Somewhere, there is the feeling that Coppola’s proximity to rich kids with an overbearing sense of their own importance skews her natural filmmaking instinct. Shots of the bright young things preening themselves are held far too long; they sing along to the music in the car; they spout semi-parodic bullshit. They’re like the characters from Brett Easton Ellis’ Less than Zero – but even more repulsive.